Eir has reported a 2% increase in earnings before interest and tax for the year to the end of June, while its revenues dipped 2%.

Eir reduced its operating costs by €21m or 4% year on year, while the company said that Storm Ophelia cost it in the region of €3m.

The company said today's results are in line with expectations and the guidance issued at the beginning of the financial year.

Eir CEO Carolan Lennon said the acquisition of the group led by France's NJJ, a telco group with a track record of investment in infrastructure and enhanced customer propositions, is now complete.

"A new senior management team, with an equal gender split, is now in place, with almost all promoted from within Eir," she said.

"Eir's transformational journey to become a leaner, more agile organisation, focused on capital investment, growth and the provision of the best mobile and broadband services in the country, is well and truly underway," she added. 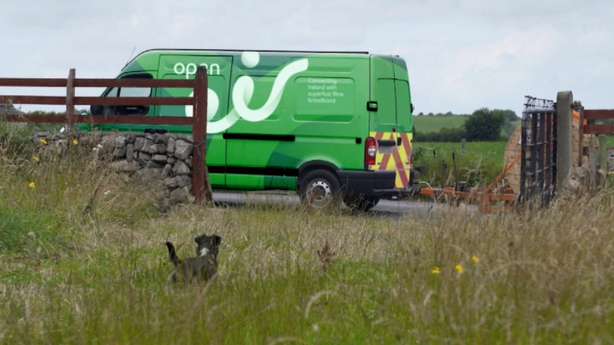 Meanwhile, Eir said that 635,000 customers were using its fibre based high-speed broadband service at the end of June 2018 - an increase of 84,000 for the full year.

69% of its broadband customers are connected to the company's fibre network, a 36% penetration of fibre premises passed, it added.

Eir said its group mobile customer base decreased by 14,000 to a total of 1,047,000 customers. It noted that postpay customers now represent 52% of its total mobile base, up 4 percentage points year on year.