EBay has missed analysts' estimates for second-quarter revenue, as its online ticket marketplace StubHub had a disappointing quarter.

This resulted in the e-commerce website forecasting underwhelming third-quarter results.

Even though StubHub revenue rose 4% to $246m, it was its slowest growth since the second quarter of 2017.

EBay's chief executive Devin Wenig said on a post-earnings call that he did not expect the landscape for ticket sales to get any better in the second half.

CFO Scott Schenkel also said he expects the stronger dollar - up 4% since the company's prior forecast - to hit revenue by $150m for the full year.

Analysts were expecting revenue of $10.95 billion, according to Thomson Reuters.

The company said its third-quarter revenue is also expected to be between $2.64 billion and $2.69 billion, missing Wall Street estimates of $2.73 billion. 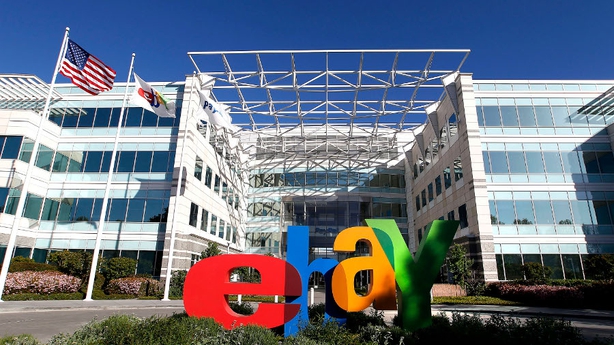 EBay has been splurging on advertising brands available on its platform and on developing a more user-friendly format to better compete with the likes of Amazon.com, but saw its efforts overshadowed by weak StubHub growth.

The online retailer is banking on initiatives like grouped listings, a way for buyers to find the items they are searching for faster, and a simplified payment process to help lure more online shoppers.

Excluding items, the company said it earned 53 cents per share in the second quarter ended June 30. Revenue rose about 9% to $2.64 billion.

Analysts on average had expected the company to earn 51 cents per share on revenue of $2.66 billion.