Independent News and Media has said it is "horrified" at the prospect that third parties may have had access for an "improper purpose" to data held by INM which concerns its employees or others.

Chairman Murdoch MacLennan told the company's AGM today that if this has occurred, it is "entirely deplorable".

"The board believes that any person who facilitated or exploited such access should be required to account fully as to how and why they obtained access to such data, for what purpose and what use was actually made of such data," he added.

The Office of the Director of Corporate Enforcement (ODCE) began an investigation into INM in March after a clash between the company's then chief executive and chairman in 2016 over the terms of a possible acquisition of radio station Newstalk.

Mr O'Brien is INM's largest shareholder with a stake of 29.9%.

INM chairman Murdoch MacLennan said the company had decided to oppose the appointment of ODCE inspectors because it was in the company's and shareholders' interests.

He said that INM had also brought proceedings seeking judicial review of the the decision to issue the application to appoint inspectors.

The company's application was heard by the High Court last week and it is waiting for the court's decision.

Murdoch MacLennan said the appointment of an inspector would have a "damaging impact" on the company and its stakeholders, including its shareholders, employees, readers and customers. 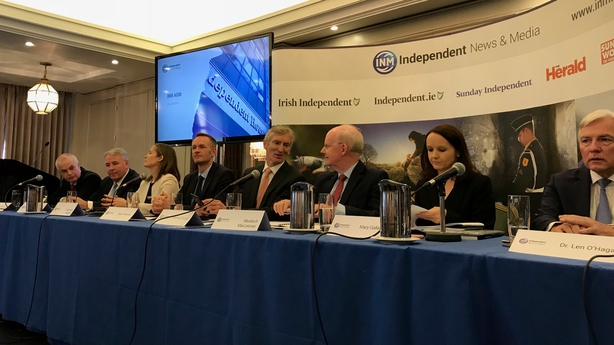 The company is also "acutely conscious" that the appointment of inspectors would by necessity result in a "very considerable ongoing cost" to INM, and a continuing requirement to devote "substantial resources" to deal with the inspection, Mr MacLennan said.

INM has appointed Deloitte to conduct a full investigation and its chairman said the company will continue to co-operate fully and actively with the ODCE and with the Office of the Data Protection Commissioner on the issue.

The company said it has so far responded to 14 requests from the ODCE for the production of books and records.

It has also actively engaged with the Office of the Data Protection Commissioner and has established a formal and independent review to examine the possible acquisition of Newstalk and related matters.

"If there was any wrongdoing in the past it was done without the knowledge or approval of the board, and the board is prepared to take such steps as are necessary to protect INM's interests and to obtain redress from third parties if advised that it is appropriate to do so," Mr MacLennan said.

In a trading update issued ahead of today's AGM, the media company said the group's trading performance so far this year continues to be in line with market expectations.

It said this was despite the challenges from the red weather warning in March which had a negative impact on the ability to get newspapers into shops, and higher than expected declines in digital advertising.

"The costs associated with the ODCE, the Data Protection Commissioner matters and restructuring the business will be treated as exceptional charges in the Group Income Statement," the company's chairman added.