Bondholders in Denis O'Brien's mobile phone empire have seen a roller coaster few months and they are now looking for reassurance that the rough ride is almost over.

Within the next month, Digicel executives will brief investors worldwide.

They will introduce them to the company's new management and begin to lay the ground for an eventual $2 billion refinancing of a bond maturing in 2020, according to a person familiar with the matter.

The so-called "non-deal roadshow" comes after the 2020 yield rose as high as 15.4% from 8.5% - making it the worst emerging markets performer this year, writes financial news service Bloomberg.

"What needs to happen is for the company to come out now with something positive," said Till Moewes, an analyst at Schroder Investment Management, which holds a share of the debt.

"They need to produce some new positive news to stop this negative chain reaction," the analyst added.

Digicel has a history of refinancing early, and some investors might have hoped the company would move to redeem the 2020 bond this year.

While no final decision has been taken, that probably will not happen anytime soon should yields remain close to their current level, even after a recent dip, according to the person familiar, who asked not to be identified as deliberations are continuing.

Since 2001, Digicel has accumulated about $6.5 billion of borrowings, mostly to build out networks across 31 regions. 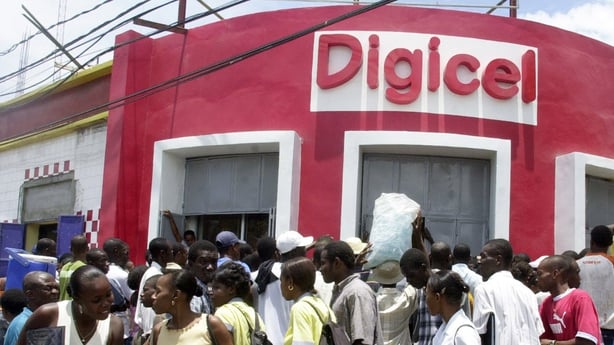 More than two years after the company shelved a planned share sale in New York that was in part designed to pay down debt, and with recent earnings disappointing investors, bondholders want a positive catalyst.

Digicel faces a $1.3 billion maturity in 2021, as well as the 2020 payment, according to the Bloomberg report.

"We expect Digicel to address that with anticipation," said Marie Fischer-Sabatie, an analyst at Moody's Investors Service.

"If the company doesn't make material progress in 2018 and does not start to address the issue by the middle of this year, then we could start to see some pressure on ratings," the analyst added.

The extra yield, or spread, over Treasuries investors demand on Digicel's 2020 bonds has widened by 358 basis points, or 3.58 percentage points this year, while emerging-market bond spreads widened 13 basis points.

The drop in its bonds pushed the spread above 1,000 basis points, or 10 percentage points.

Denis O'Brien turned to building his business outside Ireland after making his fortune by selling Dublin-based Esat Telecom Group to London-based BT Group in 2001.

Worth about $4.3 billion, O'Brien still has Irish interests and he is the biggest shareholder in Independent News & Media - which is facing its own battles.

The country's corporate watchdog next week will ask a court to appoint inspectors to investigate the company's affairs. 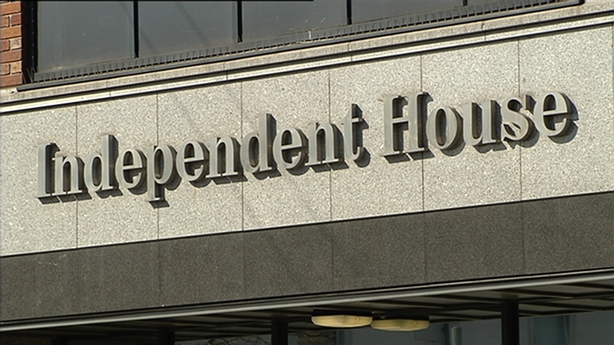 The probe relates to an alleged 2014 data breach, with e-mails and other digital files provided to an outside firm at the behest of the company's then chairman Leslie Buckley, INM said earlier this week.

The company said it had understood the data was to be trawled for details of a "particular long-term contract for professional services."

However, it may have been "searched more extensively and for a different purpose," INM said.

Explainer: What the INM story is about

Journalists and executives at the company, as well as lawyers, were among those identified as "persons of interest" during the alleged trawl, the Irish Independent has reported, citing court documents.

Buckley, vice-chairman of Digicel, said he will "robustly defend my position against each and every allegation."

He stepped down as INM chairman last month.

Underlying revenue at Digicel in its fiscal third-quarter dropped about 3% from the same time a year ago to
about $580m, according to a person familiar with the details.

Adjusted earnings before interest, taxes, depreciation and amortisation were about $246m, down around 3%.

A number of issues were at play, according to the person.

Among these were delays in signing some corporate contracts, new incentives to drive data use - which hurt short-term earnings - and persistent weakness in Papua New Guinea's economy, a key market for the company.

Digicel, which declined to make a comment to Bloomberg, faces no immediate pressure as its next big bond maturity is over two years away.

It has pushed out its timetable to reduce borrowings, which amount to about 6.5 times earnings.

Progress is needed, said Moody's Fischer-Sabatie, who described Digicel's debt level as "high" for its B2 rating.

"We still anticipate that Digicel will see some growth in Ebitda over the next 12 to 18 months, in particular because the company will see the benefits of its transformation programme,' Fischer-Sabatie said.