Samsung has tipped a surprise record first-quarter profit but market reaction was muted due to growing concerns that the semiconductor boom that has driven the South Korean tech giant's earnings is about to end.

Samsung shares fell after the announcement as analysts forecast similar or lower profit in the second quarter, due to slower growth in DRAM chip prices and higher marketing costs for the flagship Galaxy S9 smartphone.

"Even if profits start falling in the second half, Samsung will have a strong balance sheet this year," said Song Myung-sup, analyst at HI Investment & Securities, predicting looser supply of DRAM chips to start driving down prices.

The global semiconductor leader and Apple smartphone rival forecast January-March profit to leap 57.6% from a year earlier to 15.6 trillion won (€12 billion), beating an average forecast of 14.5 trillion won from a Thomson Reuters survey of 21 analysts.

Revenue for the quarter was tipped to rise 18.7% to 60 trillion won, Samsung said in a regulatory filing. The company did not elaborate on its performance and will disclose detailed earnings in late April.

Samsung shares fell as much as 2.7% earlier this morning before paring losses.

Analysts said Samsung's shares were affected by a UBS report forecasting an increase in the supply of DRAM chips used in servers, which dragged down Micron Technology shares more than 6% yesterday.

The prices of NAND chips commonly used in mobile devices began falling late last year and analysts have been closely watching for signs of the peak in the DRAM price boom as well.

Even if DRAM price growth is at its peak, analysts said Samsung remained on track for record annual earnings.

"Although gains in memory chip prices have slowed from the height of the chip boom, lower prices could also increase demand for chips, and Samsung has the cost-cutting ability to keep profits up," said Greg Roh, analyst at HMC Investment & Securities. 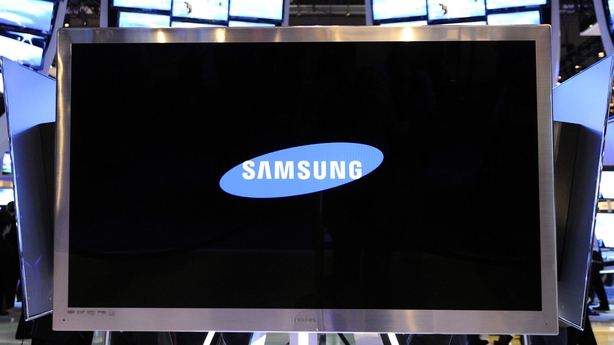 While the chip business underpinned Samsung's profit growth, the mobile business - which accounted for 40% of 2017 revenue - appeared to have made a surprisingly solid contribution to first-quarter earnings, analysts said.

They put this down to Samsung's early launch of its flagship Galaxy S9 device in March, healthy sales of older devices as consumers balk at the high price of new premium models, and a short-term dip in advertising costs.

"I think lower marketing costs for the mobile business helped, because the first quarter is traditionally not a boom season for rival Apple, so Samsung did not need to spend a lot on marketing," said Claire Kim, analyst at Daishin Securities.

Worldwide smartphone shipment volumes shrank for the first time in 2017, and Samsung is coming under increasing competition from the likes of low-cost Chinese rival Xiaomi IPO-XMGP.HK.

Concerns about the smartphone market and a subsequent fall in demand for components like OLED screens - used in Apple's iPhone X - are behind a roughly 5.3% fall in Samsung Electronics' share price so far this year, from a record high in November.

In a separate development, prosecutors searched the offices of a Samsung Electronics unit today as part of a probe into allegations the conglomerate had sabotaged worker's efforts to set up stronger unions, Yonhap News Agency said.