Food technology and ingredients company Kerry Group has reported higher revenues and earnings for the year to end of December.

The company said it was proposing a final dividend of 43.9 cent, up 12% on the same time the previous year.

Kerry said the global marketplace continues to change at an "unrelenting pace" driven by health and wellness demands, convenience trends and the growth of out-of-home food and drinks consumption.

It also noted that the "underlying satisfactory" divisional performance at its Irish and UK consumer foods markets division, was impacted by adverse sterling exchange rate movements.

Kerry also said that while the exact outcome of the UK's exit from the European Union is still unclear, its Business Brexit teams continue to work through the potential implications for Kerry.

"Given our well established manufacturing footprint in the UK and in the euro zone, we are very well positioned to deal with the potential challenges and realise the opportunities that will arise," it added.

Edmond Scanlan, the company's chief executive, said that Kerry expects to deliver adjusted earnings per share growth of 6% to 10% on a constant currency basis in 2018. 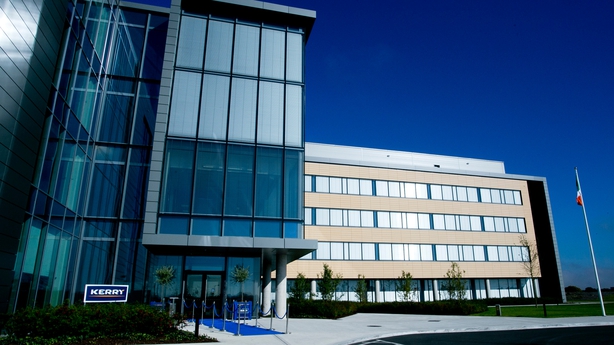 Mr Scanlon also said that Brexit had a role to play in the decision to make over 30 people at its Carrickmacross plant redundant.

"Some of our plants in Ireland that are selling into the UK market and the sterling has had a negative impact and we have to be positioned as best as possible to be competitive in the UK market. We must bear in mind that we have 400 people employed there and have to run our business as efficiently as we can to ensure the long term viability of that facility," he added.

Kerry said that revenues at its Taste and Nutrition division rose by 4.7% to €5.159 billion, while trading profits increased by 7.1% to €767m. The division accounted for 79% of group revenue and 88% of group trading profit last year.

Revenues at its Consumer Foods division rose by 2.4% to €1.331 billion, while trading profits dropped 8.1% to €108m amid heightened competitiveness in the UK and Irish consumer foods markets.

It noted that the underlying margin improvement was more than offset by the adverse sterling exchange rate movements.

Kerry said its Denny brand remains the biggest meats brand in its category, while its Dairygold spread also maintained its market leading position during the year.

The company also today announced the appointment of Marguerite Larkin as chief financial officer, succeeding Brian Mehigan, who will take up the role of Chief Strategy Officer.

Ms Larkin, a Chartered Accountant, is a senior partner with Deloitte Ireland and will take up her new role at the end of September.