Blockchain is to be used for the first time to try to track cobalt's journey from mines in Democratic Republic of Congo through to products used in smartphones and electric cars.

Sources close to a pilot scheme expected to be launched this year say the aim is eventually to give manufacturers a way of ensuring the cobalt in lithium-ion batteries for products such as iPhones and Teslas has not been mined by children.

Tracking cobalt presents many challenges as scores of informal mine sites would have to be monitored, all players in the supply chain would need to buy into the scheme, and accurate, electronic data would need to be transmitted from remote areas.

This would all have to happen in a vast country plagued by lawlessness.

But companies are under growing pressure from consumers and investors to show the cobalt they use has come through supply chains free of rights abuses, just as they have for minerals used in electronics such as tantalum, tin, tungsten and gold.

Businesses in China, the main destination for Congolese cobalt from artisanal mines, have set up a Responsible Cobalt Initiative, which has been joined by tech giants such as Apple and Samsung, to address child labour.

The problem they face is that there are few sure-fire ways of tracing cobalt from the informal mines that produce up to a fifth of the cobalt from Congo, the world's biggest producer.

"The demand to make cobalt more sustainable is going to continue growing, meaning there is a will to find a solution and blockchain will be part of that," said a source with the project, who declined to be named because it is not yet public.

Blockchain technology is already used in the diamond industry.

Gems are given a digital fingerprint that is then tracked by blockchain as gems are sold, giving a forgery-proof record of where the stones have come from.

The cobalt supply chain is far more complex but the developers of the pilot hope blockchain - a decentralised online database in the form of a distributed ledger - can at least track some of the stages that are a major worry for end users.

Sheila Warren, head of blockchain policy at the World Economic Forum, said it was an open question how well it could work in Congo given the prevalence of conflict, lawlessness and an opaque legal system.

"We are prototyping, iterating, testing, scaling," said Warren, who is working with experts to see how blockchain can improve mineral supply chains. "The technology is not the hard part."

Amnesty International, which detailed the extent of child labour in cobalt mining in Congo in a 2016 report, said it was looking at blockchain, especially with a view to tracing payments to middlemen.

"You have to be wary of technological solutions to problems that are also political and economic, but blockchain may help. We're not against it," said Amnesty researcher Mark Dummett.

Congo holds half the world's cobalt reserves and demand for the main mineral component of lithium-ion batteries is set to surge as electric cars proliferate.

Carmakers such as Volkswagen are trying to secure long-term cobalt supplies to sustain electric car production, and they are asking suppliers to ensure no child labour was used in the supply chain.

The plan for the Congo pilot scheme is to give each sealed bag of cobalt produced by a vetted artisanal miner a digital tag which is entered on blockchain using a mobile phone, along with details of the weight, date, time and perhaps a photo.

At the next stage, a trader buying the bag would record the details on blockchain, and the process would be repeated until the ore gets to the smelter - leaving an immutable record of the cobalt's journey for downstream buyers or third parties to view.

The pilot will involve organisations throughout the supply chain, from on-the-ground monitors checking that sites are not using child labour, through the refining process to end users, according to people helping to develop the scheme.

One potential risk in the supply chain is that cobalt mined by children gets mixed with "clean" cobalt before processing.

The industry is experimenting with options such as indelible marks that survive the refining process, a mass balance approach as used for Fairtrade certification of products such as cocoa, or bolting blockchain onto computer technology already used by refiners to monitor material as it moves through their plants.

Some institutional investors are also pushing mining companies and manufacturers to harness blockchain to help clean up mineral supply chains.

"But the principle of recording key characteristics and then entering them into the blockchain, which is stored on the cloud, is the same," said Chow, part of the Hermes EOS team that advises institutional shareholders on responsible investing.

"To make it work, the key players in the chain must agree a set of input data to define its features," said Chow, whose team has $425 billion of assets under advice.

The International Council on Mining and Metals (ICMM) said its members, which include all major mining companies, were well-placed to draw on blockchain's potential to improve public trust in the industry.

"It does not solve the whole problem, but it solves a big part of the problem," ICMM CEO Tom Butler said.

"Quality at entry to where the blockchain starts remains a challenge, but in that respect we're in a privileged position as ICMM members are mining responsibly." 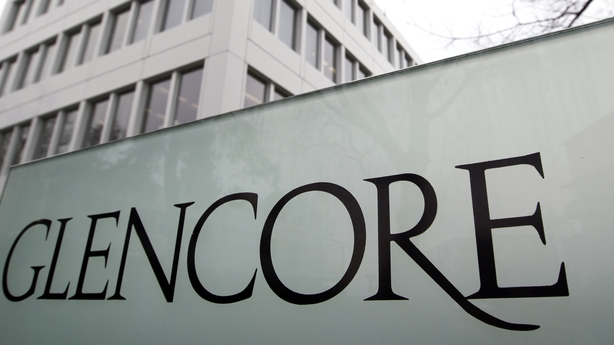 Glencore, the world's biggest producer of cobalt, declined to comment on the use of blockchain.

In its 2016 sustainability report, Glencore said when it sourced cobalt in Congo from outside its own production, it only dealt with third parties that did not use artisanal mines.