The Chief Executive of Bank of Ireland has apologised unreservedly to customers affected by the tracker mortgage scandal.

Francesca McDonagh told the Oireachtas Finance Committee that when she took up the role of CEO last October, she gave a personal commitment to deal with the issue as quickly and comprehensively as possible.

Ms McDonagh told the committee tonight that the tracker mortgage issue is at the top of her priority list.

"Quite simply, I believe Bank of Ireland took too long to get to the right position, and didn't go far enough in putting the customer first", she said.

In her opening statement, Ms McDonagh said the bank identified 9,400 affected customers who fall into two groups that were either denied a tracker mortgage or put on an incorrect rate.

She said that as of Wednesday 24 January, the bank had provided redress and compensation to over 5,000 customers and more than €68 million has been paid.

She expressed regret that the bank added to difficulties to customers, some of whom were already going through a challenging time.

Ms McDonagh said a clear emphasis had been put in place on the legal interpretation of the bank's mortgage cases.

Therefore, she said in November 2017, Bank of Ireland included bringing an additional 6,000 into the compensation and redress scheme.

"There's been a concerted effort to address it for all customers and stake holders," she said.

Sinn Féin's finance spokesperson Pearse Doherty asked Ms McDonagh if she was of the view that what the bank did was legal.

Ms McDonagh said that in some cases there were not sufficient clarity or in the terms and conditions whether they would get a tracker or not.

She noted that in September 2016, it was very black and white, they were not given the entitlement to a tracker.

In other cases she said there were discussions with the Central Bank whether from a customer perspective as to whether they should be given redress or compensation.

Bank of Ireland's CEO said her conclusion was that while the voice of the customer had been included in some of the analysis they did, she felt it had not gone far enough, which is why an additional 6,000 customers were included into the scheme.

Mr Doherty asked if she was informed of how these customers were affected and who was responsible. He questioned if there were targets and bonuses for staff.

Ms McDonagh said in October 2008, the tracker mortgage product was discontinued for customers as it was not profitable in putting new customers on it.

She said from 2008 on, customers who had previously been on a fixed rate, had a contractual right to a tracker and 20,000 of them rolled into a tracker - which was not consistent.

6,000 customers did not get their entitlement to a tracker and she saw no indication of intent or desire to do it.

Ms McDonagh said when the examination started, 5,090 customers identified were not given a contractual right to a tracker mortgage.

Later, Ms McDonagh said from the work she saw in her new role, there was no intent to charge incorrectly and no money was taken from a customer’s account.

Responding to Sinn Féin Senator Rose Conway Walsh she said the bank's review is expected to be complete by the first quarter of this year.

Among the matters she has deduced from the review is that terms, conditions and transparency could be clearer. 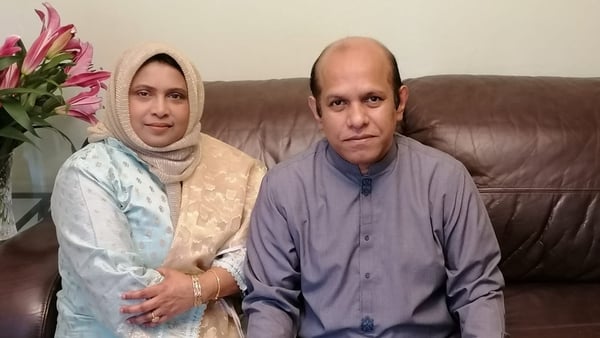