Intel boss Brian Krzanich has said the company will issue security updates for all its products affected by the Meltdown and Spectre flaws by the end of the month.

Giving the keynote speech ahead of the opening of Consumer Electronics Show in Las Vegas, Mr Krzanich called the collaboration between tech firms in the wake of the issue "truly remarkable".

"For our processors and products introduced in the past five years, Intel expects to issue updates for more than 90% within a week, and the remaining by the end of January," he said.

"As of now, we have not received any information that these exploits have been used to obtain customer data. We're working tirelessly on these issues to ensure it stays that way," he added.

Last week, security researchers from Google published details of flaws in processor chips made by Intel and other manufacturers that could be exploited to access personal data on computers.

Many tech giants, including Apple and Microsoft, have since confirmed they have either already released or will shortly release updates that mitigate the issue.

On a day of press conferences ahead of the opening of CES, the common theme was autonomous smart homes and robots.

Both LG and Samsung spoke of plans to make their entire appliance product lines internet-enabled and therefore able to speak to each other and able to work together to complete tasks.

LG announced a new smart fridge that can help create recipes and then send cooking instructions to a connected oven, while Samsung demonstrated its own Family Hub smart fridge and its content being checked from a connected TV. 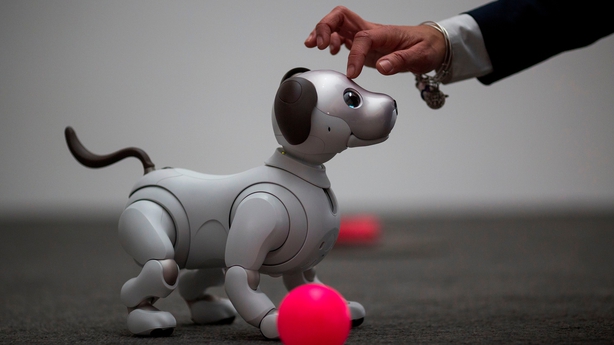 Industry analyst Ben Wood from CCS Insight warned the incident could signal a sense of foreboding for exhibitors at the Las Vegas convention.

"Unfortunately for LG, its 2018 CES press conference will be remembered for the problems with its CLOi consumer robot," he said.

"This episode may well prove to be a metaphor for a lot of the technology on show at CES this year, particularly in the area of consumer robotics.

Based on what we have seen so far it feels like many of the devices are not quite ready for prime time. Early adopters risk being alienated and true mass market commercialisation likely remains many years away," he added.

Three other concept service robots from LG have been among those revealed so far, while Sony has also shown off the new version of robotic dog Aibo for the first time outside of Japan.

An estimated 170,000 people are expected to visit CES over the course of the four-day event.