KBC Bank Ireland said it has set aside €54.4m to the ongoing industry wide review of tracker mortgages, which has affected 1,660 of its customers.

"KBC continues to engage with the Central Bank in relation to the identification of impacted customers and KBC expects to have concluded this identification process for the vast majority of customers impacted by year end," the bank said today.

"All customers identified so far as having been impacted have been/are in the process of being contacted individually and redress and compensation payments have commenced", it added.

The bank's chief executive, Wim Verbraeken, said that like all banks in Ireland KBC is "very focused" on managing the ongoing tracker mortgage examination. 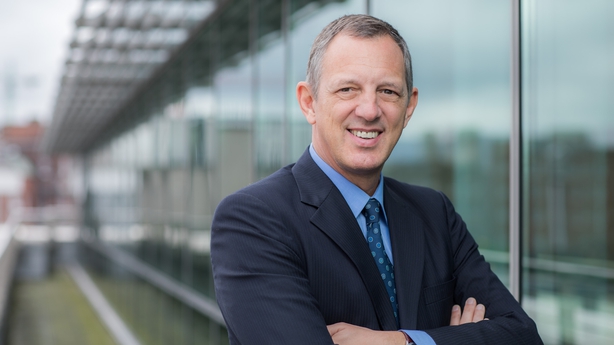 He said the bank apologises sincerely for the errors that occurred at the bank before 2009.

"We have begun payments to affected customers and conclusion of the Tracker Mortgage Review continues to receive the highest priority at KBC," he added.

What is the tracker mortgage scandal?

Meanwhile, the bank reported a net profit of €2.6m for the third quarter of the year, after tax and impairment charges. This compares to a profit of €44.4m the same time last year.

The bank also reported an operating loss of €22.8m for the three months to the end of September.

Meanwhile, the number of mortgage accounts in arrears fell by 18% in the third quarter compared to the same time last year, with nine out of ten customers in difficulty offered a range of solutions.

KBC said that new mortgage lending for the three month period jumped by 71% to €269m from the same time last year.

It noted that its mortgage drawdowns so far this year now exceed all of 2016's drawdowns despite what it called the ongoing constraints in the mortgage market.

During the three month period, 19,393 new accounts were opened at the bank, bringing the total so far this year to 52,000.

KBC Bank Ireland also noted that one in every two current accounts opened in the third quarter was via digital channels, up 47% on the same time in 2016.

One fifth of its KBC "Extra Current Accounts" were opened via the bank's new mobile app in the four weeks since its launch.

It also said that income from its insurance activities was higher because of the release of some provisions in Belgium.

For the group as a while, deposits and loans were higher than in the same period last year, especially in its international markets unit which includes businesses in Slovakia and Hungary as well as Ireland.

In Belgium - the company's main market - its insurance business profited from a low number of claims for its non-life business and €49m euros of provision releases.