Uber is taking part in a joint industry and US government push with NASA to develop software that the company aims to use to manage "flying taxi" routes that could work like ride-hailing services it has popularised on the ground.

Uber said it is the first formal services contract by the US National Aeronautical and Space Administration (NASA) covering low-altitude airspace rather than outer space.

NASA has used such contracts to develop rockets since the late 1950s.

Uber has faced regulatory and legal battles around the world since it launched taxi-hailing services earlier this decade, including in London where it is appealing against a decision to strip it of its licence due to safety concerns.

Mr Holden described Uber's latest air taxi plans at Web Summit, an internet conference in Lisbon, where he emphasised it was working to win approval from aviation regulators well ahead of introducing such services.

"There is a reality that Uber has grown up a lot as a company," Mr Holden said in an interview ahead of his speech.

"We are now a major company on the world stage and you can't do things the same way where you are a large-scale, global company that you can do when you are a small, scrappy start-up." 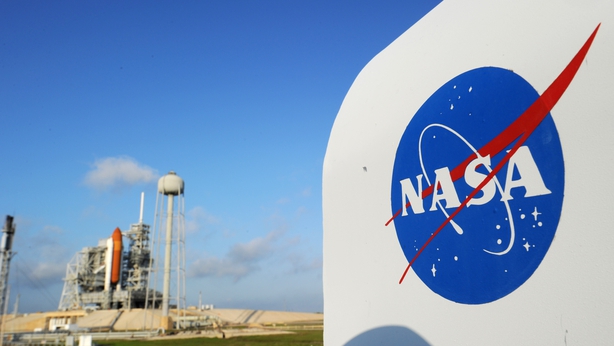 NASA said in a statement it had signed a generic agreement in January with Uber that enables the company to join a variety of industry partners working with NASA to develop a range of driverless air traffic management systems.

That deal calls for Uber to be involved during phase four of this work, which is scheduled to begin in March 2019, NASA said.

Phase 1, completed in 2015, involved field tests and ongoing testing at a US Federal Aviation Administration (FAA) site for drones used in agriculture, fire-fighting and pipeline monitoring, NASA has said.

Phase 2 in 2016 considered long distance uses in sparsely populated regions, while Phase 3 in 2018 will test services over moderately populated areas, leading to Phase 4 testing in high-density urban areas in 2019.

Uber is looking to speed development of a new industry of electric, on-demand, urban air taxis, Mr Holden said, which customers could order up via smartphone in ways that parallel the ground-based taxi alternatives it has popularised while expanding into more than 600 cites since 2011.

Uber plans to introduce paid, intra-city flying taxi services from 2023 and is working with aviation regulators in the United States and Europe to win approvals toward that end, Mr Holden told Reuters.

"We are very much embracing the regulatory bodies and starting very early in discussions about this and getting everyone aligned with the vision," he said of Uber's plans to introduce what he called "ride-sharing in the sky".

During a 32-year career at NASA, Mr Moore pioneered its electric jet propulsion project, which Uber considers to be the core technology for making urban air transportation possible.

The agreement with NASA aims to solve issues involved in operating hundreds or even thousands of driverless aircraft over urban areas and allow them to co-exist with existing air traffic control systems as well as in and around busy airports.

Uber is building software to manage networks in the sky of flying taxis and working with manufacturers including Aurora Flight Sciences, which was acquired by Boeing last month.

It has also signed up Embraer, Mooney, Bell Helicopter, and Pipistrel Aircraft to develop new vertical takeoff and landing aircraft for the service.