Microsoft's focus on fast-growing cloud applications and platforms is helping it beat slowing demand for personal computers that has hurt sales of Windows - the software that powered the company to the top in the 1990s.

Under chief executive Satya Nadella, Microsoft's cloud business - which includes products such as Office 365, Dynamic 365 and the flagship Azure computing platform - has emerged as a major source of growth.

Analysts on average had expected $6.70 billion, according to financial data and analytics firm FactSet.

Revenue from Azure, which competes with Amazon.com's Web Services and offerings from Alphabet Google, IBM and Oracle, grew 90% compared to a 97% growth rate in the preceding quarter.

Microsoft said its commercial cloud annualised revenue run rate reached $20.4 billion in the quarter. In 2015, Nadella set a target of $20 billion in cloud revenue by 2018.

Revenue from Microsoft's personal computing division, its largest by revenue, fell 0.2% to $9.38 billion but handily beat analysts' estimate of $8.81 billion. 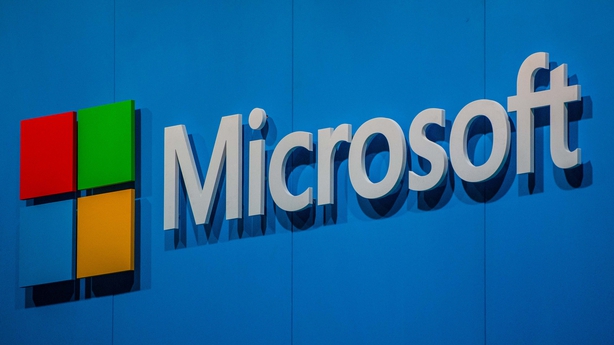 After two quarters of declining Surface revenue in a row, Microsoft notched a 12% year-over-year increase in revenue for its tablets and laptops in the latest quarter, helped by the release of a new Surface in May.

Microsoft also benefited from a 13% year-over-year increase in revenue from Dynamics, its enterprise and sales software business which competes with Salesforce.com.

Microsoft's shares had risen nearly 27% so far this year.