Ireland faces a rebuke from European Union authorities for failing to collect a year-old tax bill of as much as €15 billion from Apple.

Bloomberg said the European Commission may issue a "non-compliance action" as soon as this week, according to a person with knowledge of the matter.

The financial news service said that the EU has pushed Ireland to collect the money, which was initially due by January 3.

In an order that reverberated across the Atlantic, the Commission last year slapped Apple with a multibillion-euro bill.

It said that Ireland had granted unfair deals that reduced the company's effective corporate tax rate.  Both Apple and Ireland are appealing the decision.

Once it is collected, Irish authorities will place the money in an escrow account pending an appeal.

If the appeal, which could take as long as five years, is successful, the money will be returned to Apple.

The Government is seeking managers to invest the money while the appeal is going on.

If the commission considers an EU state has failed to implement a recovery order in a state aid case, regulators can sue at the bloc's courts in Luxembourg.

Judges would then rule on the alleged non-compliance and can issue a fine.

In the Apple case, part of the delay may stem from negotiations over the terms of the escrow account, as Ireland sought an indemnity to make sure it is not liable for any drop in the value of the fund while the case winds its way through the EU courts. 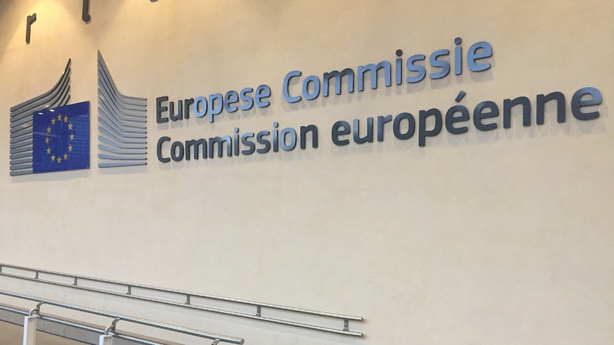 In the end, it was agreed that Ireland and Apple will jointly choose investment managers, a decision which could sidestep the need for a formal indemnity.

The EU is targeting what it views as unfair tax practices that give a selective advantage to some companies to attract their business and the jobs attached.

The same team is poised to rule on one of the cases against Amazon.com and McDonald's in the coming weeks, according to three people familiar with the cases.

He called the crackdown a "long-term, crucial priority."