HTC has revealed its newest smartphone, which can be squeezed in order to take selfies and launch other apps.

The tech giant's new U11 device houses technology called Edge Sense, based around sensors built into the side of the device that respond to being squeezed.

The Taiwanese manufacturer has also become the first to include support for both the Google Assistant and Amazon Alexa smart virtual assistants.

The HTC U11, which will cost around €750, was unveiled during a live event in Taiwan and is the tech giant's challenger to the new Samsung Galaxy S8 and the iPhone 7.

The Edge Sense technology can be used to open the camera and take selfies, as well as launch certain apps and trigger voice control features.

It also works when the phone is wet and if the user if wearing gloves, HTC said, and it will also support voice dictation for messages. 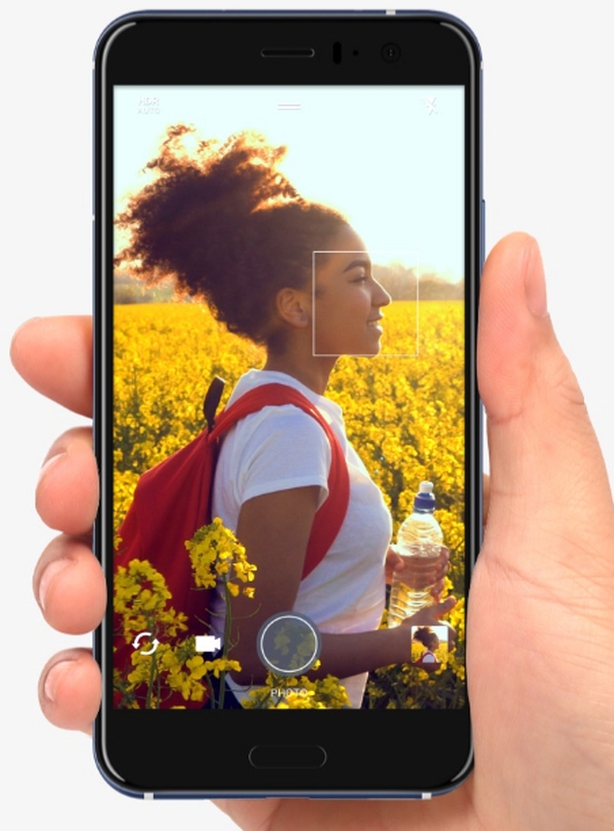 The two voice assistants, best known for powering rival smart home speakers Google Home and Amazon Echo, will be made available side by side for the first time on the U11.

HTC's own Sense Companion assistant – which uses artificial intelligence to 'learn' user habits and suggest content based on that – is also built into the phone.

Elsewhere, the U11 has a 12-megapixel, UltraPixel 3 rear-facing camera that comes complete with optical image stabilisation (OIS) – which smoothes shaky photography.

The front-facing 'selfie' camera is 16 megapixels and can also be triggered by voice command.

The USonic earphones which come in the box with the phone have also been given active noise cancellation for the first time, meaning they are able to filter out background noise.

HTC, which marks its 20th anniversary this week, is hoping to keep stride with Samsung and Apple in the smartphone market, while also putting pressure on its new, emerging rivals from China – OnePlus and Huawei.

The Taiwanese firm has already launched two phones this year – mid-range U Ultra and U Play – to a mixed critical response.

However, HTC says it hopes the U11 will "revitalise the company", which has had more recent success in its virtual reality headset and platform, Vive, which launched last year.

HTC's new U11 is the first modern smartphone to be "squeezable" thanks to a new technology called Edge Sense.

Pressure sensors built into both sides of the bottom half of the device can detect when the phone is being squeezed – and users can now use this as a shortcut into different features. 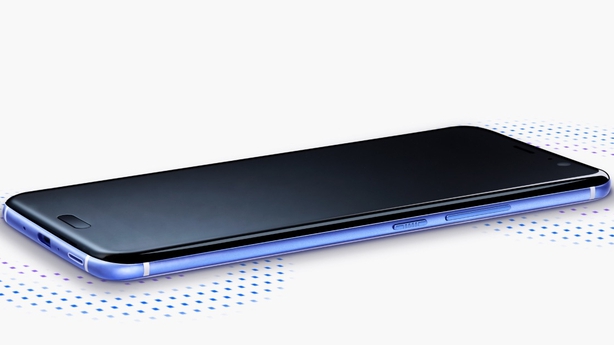 For example, a short squeeze of the U11 automatically opens the camera, with a second taking a photo – with a small vibration confirming the phone felt the squeeze.

HTC has suggested being able to control a phone using just grip makes taking photos easier than on rival devices, which require a button or screen press in order to capture selfies or group shots.

Away from the camera, gripping the Edge Sense for longer prompts Google Assistant, launching the smart assistant's voice controls so users can ask questions and other queries.

Edge Sense can also be used to voice dictate messages.

From within the phone's settings, users are also able to customise the squeeze feature and designate an app to quickly launch via Edge Sense.

The technology giant also said Edge Sense is easier to use than some other interactions – including fingerprint scanners – as it can be used when the phone is wet or the user is wearing gloves.

Both scenarios can be known to restrict the effectiveness of fingerprint sensors.