The Xperia XZ Premium also features a main camera module that can automatically detect motion in a picture, capturing four images in the second before the shutter button is actually pressed.

Announced at a press conference at Mobile World Congress in Barcelona this morning, the handset features a 5.5 inch 4K HDR display, the first in a smartphone.

The company says the screen has markedly better contrast, colour and detail levels than its predecessor.

The Japanese tech giant also announced a partnership with Amazon Prime Video, which will result in more 4K HDR content being delivered.

The 19MP Motion Eye main camera has the world's first memory stacked sensor in a smartphone, leading to five times quicker processing compared to any other handset, Sony said.

It also has 19% bigger pixels, and can record video at 960 frames per second, enabling super slow motion playback that is four times slower than any other smartphone.

The phone is driven by the new Snapdragon 835 processor and can handle data download speeds of up to 1Gbps.

Total battery lifespan and its day to day life has also been improved, Sony said, through the use of intelligent software that learns how the user utilises the phone in order to conserve minimise power consumption.

The handset has also undergone design changes and now features a metal body covered front and rear by Gorilla glass.

The new phone is available in two colours - Luminous Chrome and Deep Sea Black - and carries an IP65/68 dust and water resistance rating. 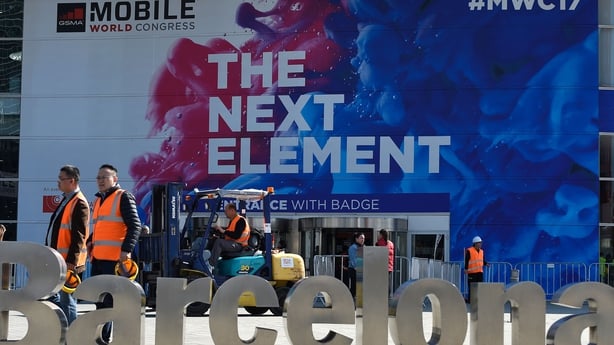 Unlike some of its competitors, Sony has decided to retain the 3.5” headphone jack, and the device also benefits from high-res audio.

The phone will be available here in Ireland from late Spring, with pricing yet to be decided.

The firm also revealed a smaller 5.2 inch variant, the Xperia XZs, but this will not be on sale here.

A new "super-mid-range" model was also announced by Sony at MWC.

The Xperia XA1 is a successor to the Xperia XA released last year, and according to Sony it takes technology from its previous premium phones and puts it into a mid-range handset.

The 5” device has a 23MP main camera, 8MP selfie sensor and a borderless design. A large version, the 6” XA1 Ultra, is also to be made available.

Also revealed at the press conference was the Xperia Touch - an interactive projector which turns any flat surface into a 23” HD touchscreen.

The device can be used for playing games, watching video and communicating.

It will go on sale in selected European markets from the spring, with a suggested retail price of €1,499.