Minister for Finance Michael Noonan has told the Oireachtas Finance Committee the Department of Finance is in negotiations with Apple over setting up a holding account for the €13 billion the European Commission says is due to Ireland in back taxes, pending the outcome of an appeal against the Commission's ruling.

"Irish officials are currently negotiating the terms of such an escrow fund which may be established by a commercial contract with Apple, subject to the views of the Commission," the Minister said.

Mr Noonan said that if the appeals process is successful, the money held in escrow  - a temporary pass-through account generally held by third parties during a business transaction - would have to be paid back to Apple.

This means the Government could not spend any money it was not legally certain of getting.

While the appeals process is ongoing - a process that is expected to take several years - the money held in escrow would have to be managed to maintain its value and earn interest. This would cost money in management fees.

The department declined to comment on who might manage the money held in the escrow fund, or the location of the fund manager. 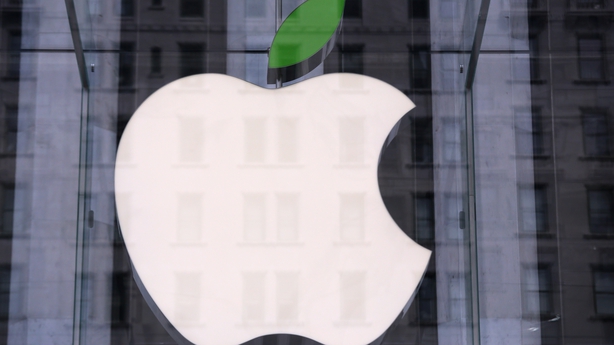 "Obviously, the terms of such an escrow fund are subject to confidential and commercially sensitive considerations and as a result I will not be able to discuss them at this time.  I will provide an update on both the contract and the figures involved when the process has been concluded in the coming months," the Minister told the committee.

Under the terms of a state aid case finding by the Commission last September, Ireland was due to collect an estimated €13 billion from Apple, which the Commission claims the computer giant received as state aid in the form of preferential tax rulings.

Both the company and the Government have lodged appeals against the ruling with the Court of Justice of the European Union, but under EU law the state has four months to recover the money deemed to be illegal state aid.

This deadline has passed, but the recovery has not taken place.

Mr Noonan told the Committee that this is because the final sum to be recovered has to be calculated by the Irish tax authorities, the Revenue Commissioners, and not by the Commission, which is not a tax authority.

As the sum is very large and covers a ten year period involving multiple jurisdictions, this is a complicated process.

Earlier this week, EU Competition Commissioner Margrethe Vestager told the Oireachtas Finance Committee that she understood the complexities and that this was an exceptionally large sum of money for a state aid recovery. 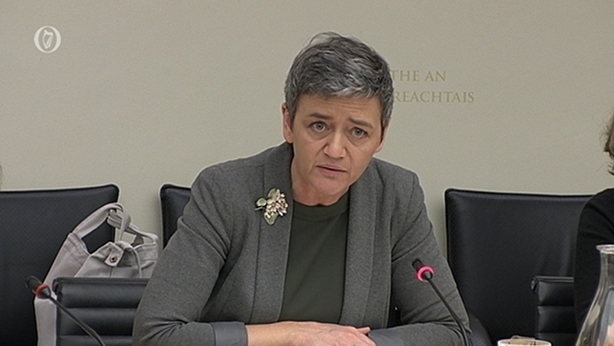 She said she was relaxed about the deadline being missed, because she could see the process that was ongoing by the Irish authorities to effect the recovery.

The Commissioner added the form of the recovery was a matter for the Irish authorities.

Mr Noonan also told the committee today that there was precedent for countries missing recovery deadlines.

"It is not unusual and not at all uncommon for member states to require more time for recovery - for example, the Starbucks case related to an estimated €20-30m and took much longer than four months to be recovered", he said.

The Minister today also strongly defended the Government's decision to appeal the Apple ruling, insisting there was no breach of state aid rules.

In response to Sinn Féin Senator Rose Conway Walsh, Mr Noonan said it suited the Commission that other countries would come in and demand tax, leaving Ireland with few friends.

"From a PR point of view, the Commission was clever in its presentation," Mr Noonan said.

While he said he had no personal antipathy with Commissioner Margrethe Vestager, he said there had been a 'mix of tax law and politics operating here'.

"I don't like what the Commission did. I think you can gather that," Mr Noonan said.

He also strongly defended the decision to appeal, saying the ruling very damaging for Ireland's reputation.

"This affects how Ireland could be treated by other jurisdictions, damages Ireland's credibility in the international tax debate and inhibits Ireland in pressing arguments that serve our national interest," he stated.