The Minister for Finance, Michael Noonan, has said Ireland would "get its share" of companies leaving the City of London as a result of Brexit.

"We have reason to be optimistic that we'll get an influx of serious companies into Ireland, principally into Dublin," Mr Noonan said.

Speaking at the World Economic Forum in Davos, Mr Noonan said the Central Bank has had "over 100 separate" enquiries from financial services companies in the City of London about a potential relocation to Ireland as a result of Britain leaving the EU.

Asked if Ireland was in danger of losing out to rival financial centres such as Paris and Frankfurt, Mr Noonan said: "We'll get our share".

"There's no doubt at all that there are many very serious financial services companies committed to coming to Dublin. It depends on where the Brexit negotiations are trending. But I don't think they'll wait till the end of the negotiations," the Minister stated.

However, Mr Noonan said Ireland was not being "predatory" in seeking foreign direct investment from the London-based financial services centre.

He said the "pipeline" for FDI was "very strong."

City of London firms were making contingency planning, and the Central Bank, which will have regulatory oversight function of any newcomers, had been hiring extra staff, he said.

The minister said that Amsterdam, rather than Paris, would be Dublin's main competitor for capturing financial services companies.

"People in the City of London tell me they'll be looking at Dublin, Amsterdam and on a lot of people's weighing scales, they weigh about equally," he said.

Some companies, he said, were "risk averse" and would be moving parts of their operations anyway, even if the Brexit negotiations outcome was not necessarily adverse.

"We're not predatory in our approach, but we're facilitating all companies that ask us questions," he added.

"People in the City of London tell me they'll be looking at Dublin, Amsterdam and on a lot of people's weighing scales, they weigh about equally," he said.

Some companies, he said, were "risk averse" and would be moving parts of their operations anyway, even if the Brexit negotiations outcome was not necessarily adverse.

"We're not predatory in our approach, but we're facilitating all companies that ask us questions," he added.

Earlier, Mr Noonan said that the British Prime Minister's Brexit plans are unlikely to lead to the re-establishment of a physical border or customs controls on the island of Ireland.

Mr Noonan made his comments in an interview with Reuters on the sidelines of the World Economic Forum in Davos today. 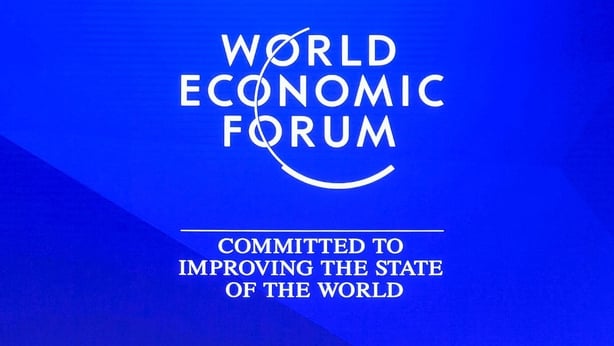 Theresa May said this week that Britain would not remain a full member of the European Union's customs union, potentially meaning a tighter border between Northern Ireland and the Republic.

But Ms May has pledged to find a practical solution to preserving a common travel area between Britain and Ireland that predates their EU membership, while also limiting immigration.

Asked if this would make customs controls likely along a border that 30,000 people cross each day to go to work, Mr Noonan told Reuters: "I don't think so and it's far too early to say."

"If you look at Ms May's speech, she committed to the free travel area (between Ireland and the UK). She wasn't as strong on what she would like from the customs union; she said it might be associate membership," Mr Noonan said.

"In other words, she opened up a negotiating space around the customs union and it is where that lands that will decide whether goods have to be checked on the border. But a lot of this can be done electronically now and it wouldn't necessarily mean a hard border," he added.

The Irish economy is widely considered at being most at risk from the departure of its key trading partner, but Mr Noonan said trade data suggested there was no immediate impact and he expected an economic growth rate of "around 3.5%" to continue into the early 2020s.

He said he was not concerned that President-elect Donald Trump could attack US companies that continue to invest in Ireland and that there was no clear evidence of firms putting off investment while they await details of Trump's tax plans.

"There's a very strong pipeline of American investors coming into Ireland... now whether hidden in the statistics there are companies that are holding back slightly, I wouldn't know yet," the Minister added.