The world's first pizza drone delivery was claimed earlier today by the New Zealand division of fast food giant Domino's, as it looks to grab a slice of a potentially hot future market.

Domino's said it used an unmanned aerial vehicle to deliver two pizzas to a customer at Whangaparaoa, just north of Auckland.

The company posted a video of the delivery on its New Zealand Facebook page.

"They can avoid traffic congestion and traffic lights, and safely reduce the delivery time and distance by travelling directly to customers' homes," he said.

"This is the future. Today's successful delivery was an important proof of this concept." 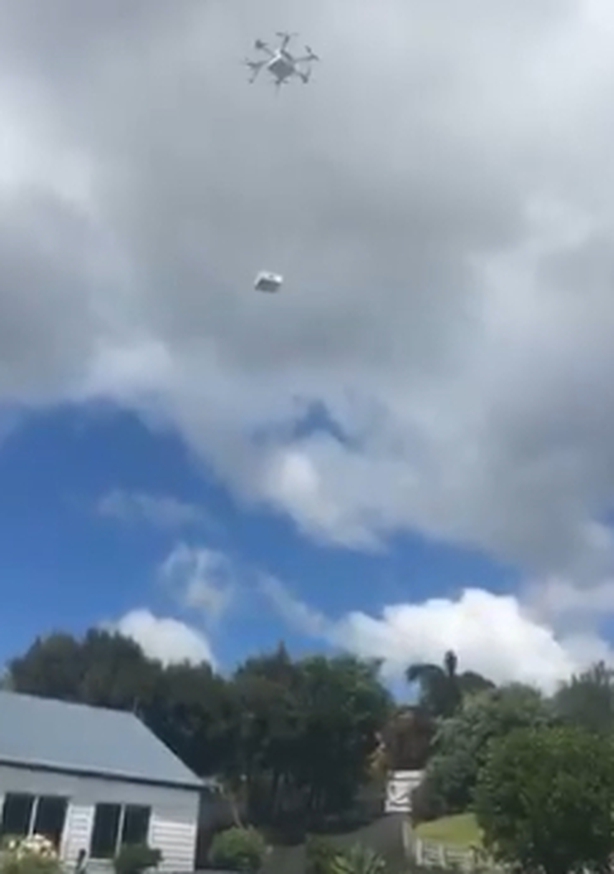 He said tests would continue at Whangaparaoa this week, with a view to expanding the delivery area next year.

In March, the company unveiled a robot cart being trialled in New Zealand that it claimed was the world's first driverless pizza delivery vehicle.