Samsung’s mobile recovery is under pressure after the firm delayed shipments of its premium Galaxy Note 7 smartphone amid reports of exploding batteries, wiping almost €6.3bn off its market value.

Investors drove the stock to two-week lows after the global smartphone leader told Reuters the shipments had been delayed for quality control testing, and that shipments to South Korea's top three mobile carriers had been halted.

Faults with the new flagship device could deal a major blow to the South Korean giant, which was counting on the Galaxy Note 7 to maintain its strong mobile earnings momentum against Apple’s new iPhones expected to be unveiled next week.

"This is some major buzz-kill for Samsung, especially given all of the hard-earned excitement that products like the Note 7 have been garnering lately," IDC analyst Bryan Ma said.

"The pending Apple launch puts all the more pressure for them to contain this quickly. The timing of this couldn’t have been worse."

Samsung did not comment on what problem it was trying to address or whether other markets were affected besides South Korea.

Sister company Samsung SDI said that while it was a supplier of Galaxy Note 7 batteries, it had received no information to suggest the batteries were faulty. 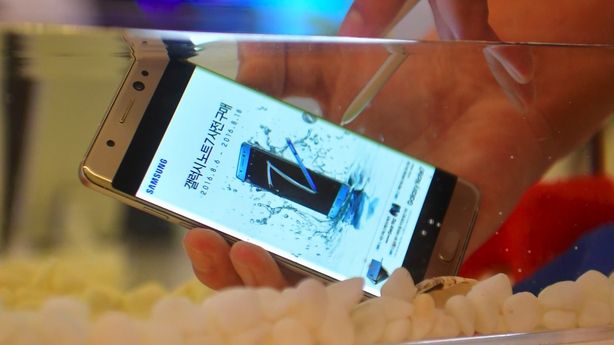 Several people posted images and videos of charred Galaxy Note 7s online and said their phones had caught on fire.

"Be careful out there, everyone rocking the new Note 7, might catch fire y'all," one user said in a YouTube clip showing a burnt Note phone. It was not immediately possible to confirm the veracity of the clip.

Last year, production problems for the curved displays for the Galaxy S6 edge model resulted in disappointing sales, and Samsung risks a repeat this year if it cannot address the Galaxy Note 7 problems quickly.

Its mobile profit is on track to post annual growth for the first time in three years, thanks to robust sales of the Galaxy S7 and S7 edge devices that it launched in March to critical acclaim.

The Galaxy Note 7 received similar praise, raising expectations for strong sales in the second half.

Samsung said in August demand for the new handset, priced at 988,900 won (€790) in South Korea, was far exceeding supply, pushing the firm to delay the launch in some markets. 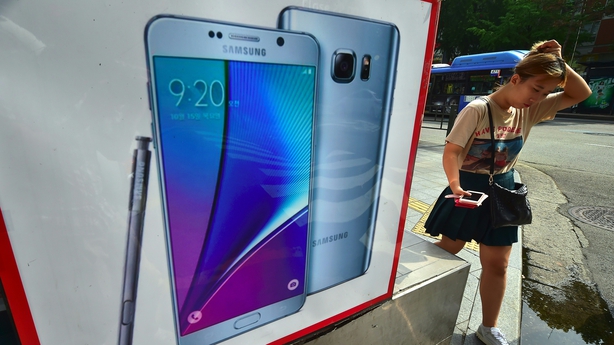 "Apple is supposed to show off the iPhone 7 next week and this issue has emerged, so the current state of things do not look good," he said.

Though a components pick-up will buttress overall profits, Park said mobile operating profit might decline by up to 200 billion won for July-September.

The mobile division accounted for about 54% of Samsung Electronics' January-June operating profit of 14.8 trillion won.

Hyundai Securities said in a report that the Galaxy Note 7's problems should be resolved within a "few weeks".