SoftBank Group has agreed to buy UK chip designer ARM Holdings in a £24.3 billion deal, the two companies said today, in an ambitious bet on mobile internet that will transform the Japanese tech group.

ARM is the most valuable tech company listed in London by market value.

It is a major presence in mobile processing, with its processor and graphics technology used by Samsung, Huawei and Apple in their in-house designed microchips.

The Cambridge-based group also stands to be central to the tech industry's shift to the 'internet of things' - a network of devices, vehicles and building sensors that collect and exchange data - a focus for SoftBank founder Masayoshi Son.

The deal is Softbank's largest to date.

It also marks a departure for the Japanese group, whose tech and telecom portfolio ranges from US carrier Sprint to a stake in Chinese e-commerce giant Alibaba but does not yet include a major presence in the semiconductor industry.

Under the all-cash, agreed offer, Softbank will pay £17 for every ARM share - a premium of more than 40% to Friday's close, in line with earlier news reports.

"This is one of the most important acquisitions we have ever made, and I expect ARM to be a key pillar of SoftBank's growth strategy going forward," Son said in the statement.

The acquisition is also one of Japan's largest to date, and is part of a trend of Japanese companies seeking growth abroad to compensate for a stagnant domestic economy.

It would outrank even SoftBank's own $22 billion acquisition of a controlling stake in wireless operator Sprint in 2013 - a deal that left the Japanese group with hefty debts as the US carrier's losses mounted.

Softbank has raised nearly 2 trillion yen ($19 billion) in cash over the last few months through asset disposals, according to Son - including the sale of shares in China's Alibaba, unusual for a group that has rarely exited investments. 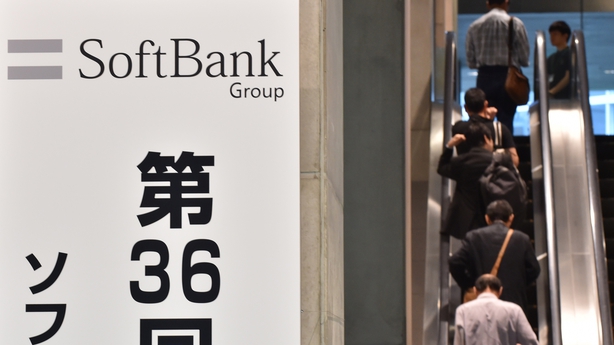 But analysts had expected it to use the cash to reduce debt or give shareholders a windfall by buying back its own shares.

Son said then that he wanted to stay on to develop Sprint but also to complete the transformation of SoftBank into a tech investment powerhouse.

He has focused on what he calls the next 'paradigm shift' in technology, which includes artificial intelligence and the internet of things - both increasingly important for ARM as it weathers a smartphone slowdown.

The deal also comes just weeks after Britain voted to leave the European Union, a decision that has battered sterling and bolstered the yen.

Though it has warned on the staffing impact of Brexit, ARM Holdings' revenues are largely in dollars, and it has a diverse portfolio of technologies it licenses. Its shares have actually climbed almost 17% since the vote.

Under the offer today, SoftBank said it was committed to keeping top managers, ARM's headquarters and to at least double the employee headcount in Britain.

SoftBank shares were not traded today, a market holiday in Tokyo.