Ryanair has recorded a profit of €1.24 billion in the year to the end of March, up 43% on last year's figure and sending the company's share price higher in Dublin trade today.

The airline carried more than 106 million passengers in the year, an increase of 18%. Its load factor - or how many seats are filled on each flight - rose by 5% to 93%.

The costs associated with each customer also fell in the year, down 6%, despite the cost of fuel being significantly higher than the market price due to the airline hedging its price in 2014.

Seven more bases are due to open as part of the airline's winter schedule in Bucharest, Hamburg, Nuremberg, Prague, Sofia, Timisoara and Vilnius.

During the year, Ryanair also launched a new website and mobile app as part of its 'Always Getting Better' programme.

But Ryanair warned that yields in the first quarter of this year will be negatively affected by a number of factors, including lower fares from competition, air traffic controller strikes and the absence of Easter in April.

Ryanair said in a statement it "cautiously" expected net profit to increase by approximately 13% in the year to March 2017, to between €1.38 billion and €1.43 billion.

This was less than the consensus of €1.47 billion in a poll of over 10 analysts compiled by the company ahead of the results. 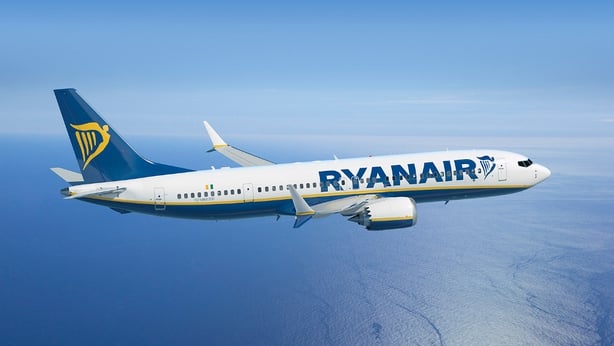 Rivals including Aer Lingus' owner IAG, Lufthansa and Air France-KLM have warned recently about increasing capacity in the sector and the impact on tourism from militant attacks in Paris and Brussels.

EasyJet earlier this month said strong demand for beach holidays was making up for a drop in travelling in the wake of the attacks.

Ryanair's Chief Executive Michael O'Leary said the airline's balance sheet remains one of the strongest in the airline industry. 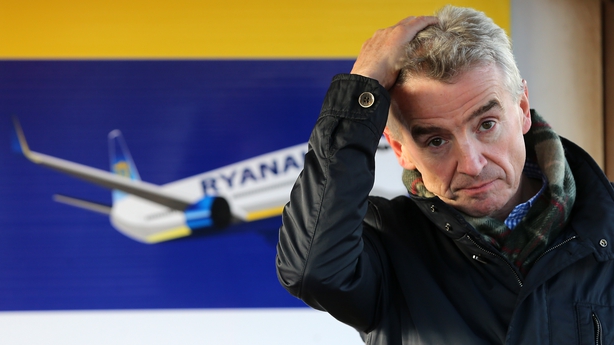 He said the airline had net cash of €312m at the end of March after capital expenditure of €1.2 billion, debt repayments of €385m and shareholder payments of over €1.1 billion.

"We see growth opportunities for Ryanair's lower fares and 'Always Getting Better' programme. We are, on average, 2% better booked for the peak summer months than this time last year but at lower fares," Mr O'Leary said in today's results statement.

"We cautiously expect full year net profit to rise modestly, by approximately 13%. This guidance remains heavily dependent on the strength of close-in summer bookings and next winter's yields, the strength of sterling and the absence of any further external shocks or significant air traffic control strikes/cancellations," Mr O'Leary added.

The airline also reiterated its call for the UK to remain in the EU ahead of the vote next month, saying it is "actively campaigning" for a Remain vote to win.

"If the UK leaves the EU then this, we believe, will damage economic growth and consumer confidence in the UK for the next two to three years as they begin to negotiate their exit from the EU and re-entry to the single market in very uncertain market conditions," the airline stated.