Today's decision has also cast doubts on whether it can win approval for another deal in Italy.

Hutchison is also awaiting a ruling on the agreed €21.8 billion merger of its Italian subsidiary 3 Italia with Vimpelcom's Wind to create a stronger rival to Telecom Italia and Vodafone.

Hutchison said it was disappointed by the Commission's decision on its O2 deal and would consider its options, including a possible legal challenge.

It also said it would now focus on working with the Commission to secure clearance of the proposed merger of Wind and 3 Italia.

The collapse of the UK deal is also a blow to Telefonica, which is aiming to cut its debt, but not a surprise after sources close to the matter told Reuters last month the deal was likely to be blocked.

A precedent was set in September when TeliaSonera and Telenor scrapped a mobile merger in Denmark after European Competition Commissioner Margrethe said she believed that the national market needed to have at least four network operators competing there. 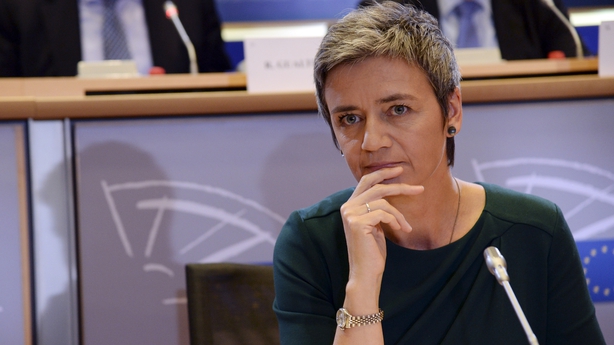 Telefonica said last month it had plenty of options for O2 UK if the Hutchison deal fell through, including finding another buyer for all or part of the business, a stock market listing, or investing further in the subsidiary.

Cable group Liberty Global yesterday said it would consider buying O2 UK if Brussels blocked the Hutchison deal but said it also valued the flexibility it had in its current strategy of being a virtual mobile operator.

The Commission said today that combining Hutchison's Three UK and O2 UK would have created a market leader with a share of more than 40%.

It said this would have reduced choice, hampered infrastructure development and weakened the negotiating power of smaller operators seeking to obtain access to networks.

"We had strong concerns that consumers would have had less choice finding a mobile package that suits their needs and paid more than without the deal," Vestager said in a statement.

She said the deal would also have hampered innovation. Hutchison, controlled by Asia's richest man Li Ka-shing, had planned to expand its telecoms footprint in Britain.

The Commission said Hutchison's proposed concessions failed adequately to address competition concerns. The company had offered to boost rivals Virgin Media and Tesco Mobile by offering them access to the merged network.

The Commission also rejected the industry's arguments that mergers were necessary to spur investments in data-heavy networks, saying effective competition instead was the main driver.