"From today's perspective and taking into account the support of our measures to growth and inflation, we don't anticipate that it will be necessary to reduce rates further," proved to be the offending sentence.

Mr Draghi was quick to note that new facts could change the outlook and emphasised his willingness to adopt other radical measures, but by then the damage was done.

This resulted in all of the major euro zone markets ending the day in negative territory, however, they have all bounced back in trading today.

The DAX in Frankfurt and the CAC in Paris are both up over 3%, while the FTSE in London is 1.76% higher.

The ISEQ in Dublin has added 1.85%, with bank shares in Bank of Ireland and Permanent TSB following the trend of a jump in bank value off the back of the ECB's announcement of ultra-cheap lending policies.

Earlier, Asian shares rose - on track for weekly gains - shrugging off global losses logged after the European Central Bank eased aggressively but suggested it was running out of room to cut interest rates even if other stimulus options remained.

The muddled message sent European bond yields surging and snuffed out a nascent rally in risk sentiment overnight, leaving Asian share markets initially at a loss on how to react.

But by afternoon, most markets turned into positive territory, and US S&P 500 e-mini stock futures were up 0.6%.

Chinese shares lagged the region, weighed down by the banking sector, as Beijing's plan to allow debt-to-equity swaps by commercial lenders was viewed by some investors as being largely negative.

Following the ECB announcement yesterday, euro debt markets moved instantly to price out further easing and pushed up rates across the curve.

At one point, German 10-year yields doubled from a low of 16 basis points to a peak of 32 basis points, a staggering move for a benchmark long-term bond.

The euro was enjoying the view at $1.1175, having climbed from a trough of $1.0820 to a peak of $1.1217 yesterday, a truly vicious move that would have stopped-out both bulls and bears and left everyone nursing losses.

The currency's near 4-cent trading range was the biggest since 3 December, when ECB policy action also roiled markets.

Today the euro is 0.14% lower against the dollar and has lost 0.84% versus sterling.

Many analysts considered the market reaction rather perverse given the ECB's actual steps were very aggressive.

As well as cutting all its main rates, the bank lifted its asset buying program by €20bn a month and, in a bombshell, expanded the assets to include non-bank corporate debt.

"The package of measures that was announced was more than the market had been anticipating," said Peter Dragicevich, senior currency and rates strategist at Commonwealth Bank.

"Based on the earlier forward guidance, and past experience, there still looks to be some scope on the part of the ECB to cut interest rates further," he added.

The emphasis is now shifting more towards "unconventional tools" with credit a key part of the story. 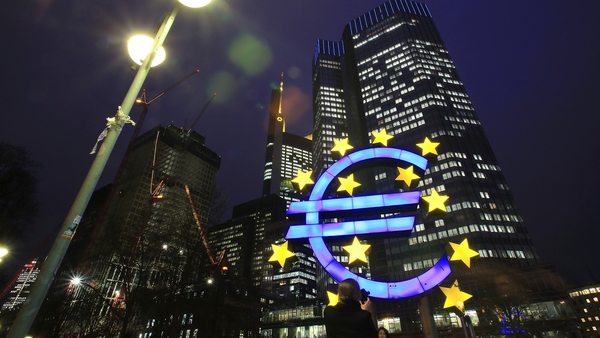