Government tax revenues ended 2015 10.5% higher than the year previously, and almost 8% higher than forecast, according to the 2015 exchequer figures.

Most of the additional revenue - some €2.3bn - came from corporation tax, which was 50.2% higher than expected.

Around €3.1bn in income from selling shares in AIB and Bank of Ireland helped to reduce the year end exchequer deficit to just €62m, compared with €8.1bn at the end of 2014.

Total receipts (including €3.5bn of non-tax revenue, such as Central Bank profits) amounted to €49.11bn.

Meanwhile, capital receipts (including revenues from shares in AIB, Bank of Ireland, PTSB and Aer Lingus) came to €9.47bn, compared with €6.1bn a year earlier.

Commenting at the announcement of the figures, Minister for Finance Michael Noonan said we almost had a balanced budget in 2015, with a number of one-off factors responsible for this, including AIB repayments to the State.

He added there has been an improvement of almost €5bn over the past twelve months and the Government is due another €1.7bn from AIB.

Mr Noonan said this would put the exchequer in a cash surplus, however, fiscal rules do not take one-off factors into account.

Mr Noonan said 70% of the tax flow above the forecast came from corporation tax.

He said the policy now was to keep recovery going and that jobs are key to this.

He said the Government plans to eliminate USC over five years

The minister added that the growing engine of economy will enable Government to spend more on services, however, it must “get the economy going first, then spend what you produce. If you kill the economy, you won’t have resources.”

He said if the budget is balanced in 2017, then money going on the deficit will be used for more services.

He said he had a chest infection, which did not respond to antibiotics and developed into pneumonia.

He spent Christmas in hospital, but “now we are back and the double act continues,” he said.

Meanwhile, Minister for Public Expenditure and Reform Howlin said in order to achieve full employment we still have to get construction to recover, and there are a number of other sectors that have to recover.

He said tourism had its most successful year in history in 2015 and that will be exceeded in 2016.

He added the target of full employment is realistic and attainable by 2018.

Ibec, the group that represents Irish business, said the stellar public finance performance in 2015 further highlights the slow government reaction to the challenges of economic recovery. The group called for an urgent increase in the level of investment across the economy.

Ibec Director of Policy and Chief Economist Fergal O'Brien said: "The public finances have clearly benefitted from the economic surge in 2015. It is a significant achievement to be approaching balanced budgets again.

"However, Government has been slow to react to the strong economic recovery, which the business community foresaw a number of years ago." 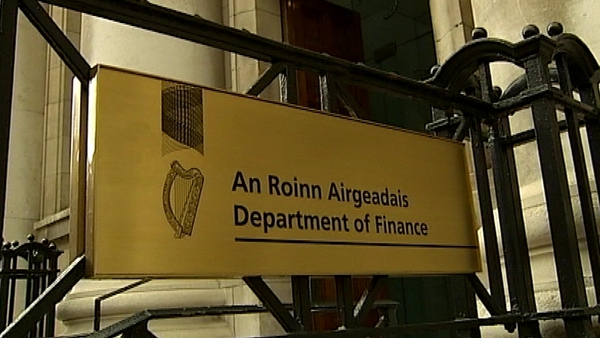