Chinese e-commerce giant Alibaba said today that the value of merchandise it has sold so far during the Singles' Day online shopping extravaganza had surpassed last year's total of $9.3 billion.

Six years ago, the company turned November 11 into China's equivalent of US shopping event Cyber Monday.

This year's sales could rise to as much as $13.8 billion, growth of almost 50% from last year's total, according to research firm IDC.

Singles' Day, originally a mock celebration for people not in relationships, features steep discounts and other promotions aimed at attracting droves of customers online.

Alibaba's sales data have been closely watched as a gauge of Chinese consumption as economic growth slows. 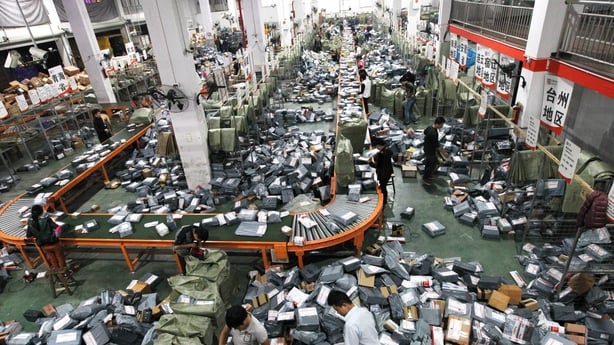 Alibaba's numbers this year will get a boost from sales by affiliates including brick-and-mortar retailer Suning Commerce Group, in which it bought a 20% stake in August.

Alibaba has stressed its focus on international e-commerce for this year's Singles' Day. "Within the next five years, we expect China will become the world's largest e-commerce market for imported products," President Michael Evans told reporters.

Alibaba has by and large dominated Singles' Day sales, which has annoyed rivals. This month, JD.com lodged a complaint with Chinese regulators saying Alibaba was "forcing merchants" to exclusively choose its site for promotional activities, a fact Alibaba denies.

JD.com later said the SAIC had formally accepted the complaint.