The number of daily Facebook users in Ireland has dropped by 5% in the last three months, according to a new poll.

The Ipsos MRBI’s Social Networking Quarterly survey for August shows that 67% of people here who have a Facebook account use it on a daily basis - down from 72% in May.

Despite this, Mark Zuckerberg’s company remains the most popular social network here with 59% of us having an account. 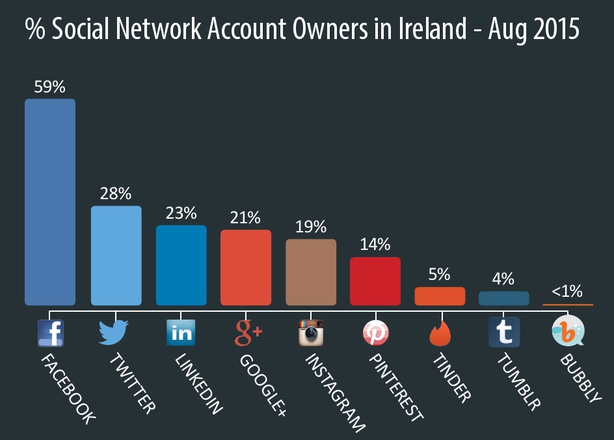 Meanwhile, Twitter is the second most popular social network here, with 28% of people holding an account, and 39% of those using the site daily.

While other social networks have a significant presence in the Irish market, there has been no major growth among any of them here in the last year.

Visual discovery tool Pinterest has experienced the most growth here of any social networking platform, the 14% of Irish people now using the site, compared with 11% this time last year.