Vodafone has reported an acceleration in its main quarterly sales growth today as a cable TV acquisition in its biggest market, Germany, lifted sales and consolidated the overall return to growth for the British firm.

The world's second-largest mobile operator’s group revenue was just over £10bn for the three months to the end of June, down nearly 1% on last year.

Vodafone said first-quarter organic service revenue grew 0.8%, ahead of the 0.1% it recorded in the fourth quarter and better than most analysts had expected.

"Our emerging markets have maintained their strong momentum and more of our European businesses are returning to growth, as customer demand for 4G and data takes off," Chief Executive Vittorio Colao said.

In Ireland, Vodafone revenue was down 0.1% in Q2, however, the total customer base increased by 2,000 during the period.

The company has also seen a continued migration here from pay-as-you-go to contract, with an increase of 18,600 contract customers in the last quarter.

Vodafone stated it has invested €53.9m in its network, representing a 55% increase year-on-year. This is partially to respond to increasing data traffic, which was up by 19.7% during the quarter.

Commenting on the quarterly results, Vodafone Ireland CEO Anne O’Leary said: "We are satisfied with our performance this quarter with increases in both our mobile and fixed customer bases contributing to improving revenue trends.

"While we see improving customer trends and an increase in consumer confidence, our worry-free roaming and data propositions is appealing strongly to the more savvy, value-driven Irish consumer.” 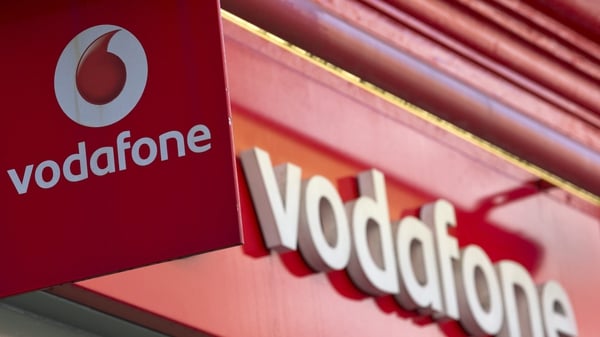