Ratings agency Moody's said the election victory of Prime Minister David Cameron might have implications for the Britain's sovereign debt rating if it led to the country leaving the European Union.

Mr Cameron has promised to hold a referendum on Britain's membership of the EU before the end of 2017.

"While the election result will have no impact on the UK's rating, if the Conservative Party's plan to hold a referendum on European Union membership results in the UK's exit this could have consequences for the whole economy, including potentially for the sovereign rating, if the UK was unable to broadly replicate the benefits of membership," Moody's said.

The FTSE 250 mid-cap index jumped 2.8% to set an all-time high as the election results came through, pushing the Conservatives towards an overall majority and overturning poll predictions of a hung parliament.

Many investors had backed the Conservatives over the opposition Labour Party.

Labour had set out tough new regulations on industries such as banking, utilities, property and gambling which could have hit the profits of companies in those sectors.

The FTSE 350 Utilities index moved up 2.4% - having been considerably higher earlier in the day - on the prospect of less regulation in the sector.

The Labour party had wanted to give the energy regulator the power to force firms to cut prices in response to falls in wholesale costs.

UK banks were up about 2.6% as the election results removed fears of a break-up of the biggest banks and further hikes in a tax on banks' assets. Shares in Lloyds, RBS and Barclays were up between 4% and 5.9%. 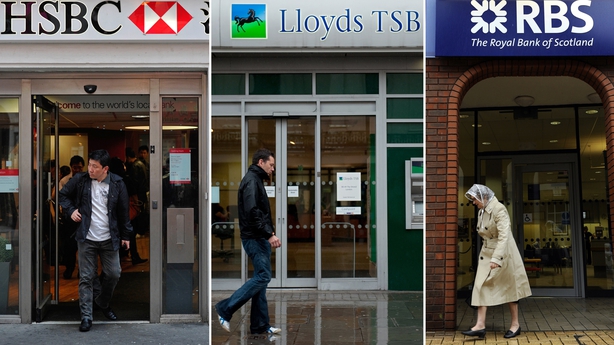 Shares in bookies chain Ladbrokes surged nearly 10% on relief that the opposition party, which wanted a new levy on online betting, was out of power.

Property stocks were also seeing a relief rally as Labour's "mansion tax" proposals and "use it or lose it" policy for developers who own land that could be used for homes had unnerved investors. On the other hand, the Conservatives plan to expand a "Right to Buy" programme to allow people living in social housing to purchase their homes at a discount.

And shares in Sports Direct jumped over 4%. The company is a large user of zero hours contracts, which were seen as being under threat by a Labour-led government.

Sterling was also on course for its biggest daily rise against the euro and dollar since 2009.

But while the short-term political risks may have diminished, the longer-term risk of Britain holding a referendum to leave the European Union remains, particularly for sterling.

Sterling jumped more than 1% against the dollar to trade above $1.54 for the first time since late February, and rallied 2% against the euro to 72.64 pence per euro.

The EU said today it was ready to work with Britain's re-elected Prime Minister David Cameron on his reform demands but said key principles including the freedom of movement were not up for negotiation. 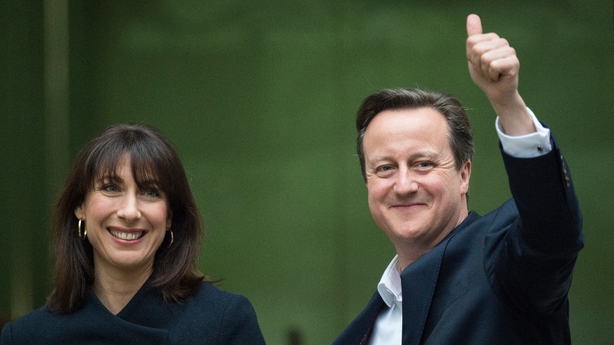 Cameron has pledged to hold a referendum on membership of the European Union by 2017 and wants changes to the bloc's treaties on issues including migration.

"I confirm that the four freedoms in the treaty are non-negotiable. They are non-negotiable because they are the essence of the EU," Margaritis Schinas, a spokesman for European Commission President Jean-Claude Juncker, told a daily briefing.

He pointed out that Juncker had opened the door for "minor" treaty changes in comments last month but ruled out any altering of the four key treaty principles of free movement of goods, services, capital and people.

"First we want to see and receive the UK proposals on reform, and of course in the spirit of openness, friendliness and constructive spirit we are ready to discuss those in our quest for a fair deal with Britain."

"Treaty change is something that is not that easy but it's also part of a longer-term perspective of how we organise the European Union," the spokesman added.