Borrowing by the NTMA on behalf of the State totalled €161.5 billion by the end of last year, according to a report by the Comptroller and Auditor General, compared with €136.8 billion at end 2011.

The increase in gross national debt of €24.7 billion (18%) included €14.9 billion to fund the Exchequer deficit and €3.5 billion to meet the payment due on IBRC promissory notes.

The significant increase is driven by the State's intention to have sufficient advance funding in place by end 2013 to cover 12 to 15 months of Exchequer financing needs when the EU-IMF programme comes to an end.

The return on cash and related assets is lower than the average cost of borrowing.

As a result, there is a cost associated with maintaining high levels of cash balances.

The cash and assets being held include €14.1 billion in the Central Bank Exchequer account, €10.1 billion in deposits with commercial banks and almost €2 billion of non-Irish treasury bills.

In its report, the C&AG notes the establishment of the New Economy and Recovery Agency known as NewERA within the NTMA structure.

It does not separately disclose how much was spent on NewERA functions, as there is no legislative requirement for disclosure.

However, it says money was spent on the proposed disposal of sales assets, corporate finance and governance advice was obtained in respect of the governance, financial and commercial aspects of certain State bodies and assets.

NewEra also sought advice relating to activities to facilitate investment in economic infrastructure, and on amending NTMA legislation and examining the feasibility of establishing NewERA as a holding company for certain commercial State bodies.

The C&AG notes that the Financial Institutions Guarantee Scheme (the bank guarantee) covered a total of €75bn when it was closed on 28 March.

After that date, no new liabilities can be incurred under the scheme.

The C&AG says that after the liquidation of IBRC, formerly Anglo Irish Bank, last February, claims under the scheme guaranteed liabilities (bonds and deposits) may be made.

It also says that €37.4m had been paid in relation to certain derivative contracts entered into by IBRC following its liquidation.

The final amount appropriated for public services in 2012 was €49.8bn.

This comprised supply grants of €45.6bn, capital funding carried over from 2011 totalling €114m and appropriations-in-aid of €4.1bn.

The total amount spent by departments and offices in 2012 was €49bn.

After deduction of realised appropriations-in-aid totalling €4.1bn, the net expenditure in the year was €44.9bn.

All departments and offices managed within their voted allocations in 2012.

The balance of €641m was due for surrender (ie surrender to the Exchequer).

The C&AG notes that the Government deficit, the gap between income and spending, fell substantially between 2011 and 2012, mostly because of reduced spending on bank stabilisation.

In addition, the State had substantial contingent liabilities, notably €4.2bn in respect of public private partnerships, and €1.1bn for claims against the State being managed by the State Claims Agency.

There is also an unquantified liability in respect of public sector pension commitments.

The Exchequer increased its cash and financial asset balances by just over €6bn in 2012, and the National Pension Reserve Fund increased in value by €1.3bn.

Liabilities guaranteed under the bank guarantee scheme fell by €29bn to end 2012 at €73bn.

The bank guarantee scheme was closed to new funding in March and the value of liabilities covered by the State will decline to zero over the next few years.

However, this will result in a fall in the amount of income the State receives from the operation of the ELG scheme.

A contingent liability of €16bn for Exceptional Liquidity Assistance (ELA) funding from the Central Bank to IBRC was eliminated with the liquidation of IBRC in March.

However, as part of the liquidation NAMA acquired a floating charge over €12.9bn in assets of IBRC, and the State retains a contingent liability for any shortfall in that sum when assets are sold off by the special liquidator of IBRC. 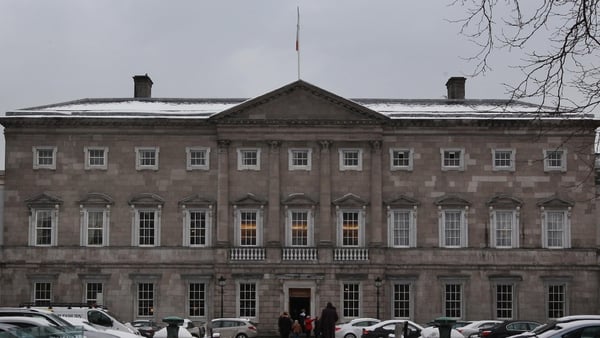