The Public Accounts Committee is considering the report of the Comptroller and Auditor General into the apparent misappropriation of public funds in the SIPTU National Health and Local Authority Levy Fund Account.

The report, which was published in April, concluded that funding had been allocated to a third party.

However, there were no controls or reporting mechanisms to show how millions of euro in taxpayers' money was used.

It found that proper accounts of the €3.14m were not maintained and that public servants and union officials had used the levy fund to bypass normal rules in relation to foreign travel and entertainment.

He explained that because the account into which the money was paid had been called a "levy fund", it went unnoticed by the union.

This is because "levy funds" are managed by trustees of the funds and are not included in the union's books and records.

He told members that when asked about the fund, its administrator Matt Merrigan said that it was funded and approved by the SKILLS programme and had nothing to do with SIPTU.

Mr O'Flynn said it was regrettable that it operated without the knowledge of officials within the trade union, bar the administrator.

He said that there was no evidence that Mr Merrigan had called it a levy fund to avoid it being detected.

When asked why he did not notice that Mr Merrigan had been on so many trips to the US paid for by the fund, SIPTU was told they were educational fact-finding trips and that a lot of them coincided with his annual leave so SIPTU was not aware of them.

When asked about the tetchy relationship between the HSE and SIPTU by Labour's Derek Nolan, Mr O'Flynn said the relationship soured because information had been leaked to the media.

He said that SIPTU was targeted as recipients of the money, which led to a bad relationship.

Mr O'Flynn said that he regretted this because it served as a distraction, adding that SIPTU was keen to get to the bottom of what had happened.

Fine Gael's Simon Harris said he accepted SIPTU's version of events and that he felt the union had been used as a vehicle.

He said that Mr Merrigan was afforded the opportunity to be before the PAC, but he declined.

Mr Harris asked Mr O'Flynn if he believed that the HSE thought the money was going to SIPTU.

Mr O'Flynn responded by telling him that he thought it was incomprehensible that officials from within the Department of Health and Finance thought the money for travel was coming from SIPTU.

He said it was his understanding that all activities were being guided through this office.

PAC members were then told that SIPTU paid €76,000 for a Grant Thornton audit report into the levy fund, but that this report was in the ownership of Mr Merrigan and his legal team, despite the fact that it had been paid for by the union.

PAC Chairman John McGuinness was incredulous that Mr Merrigan had sought to pay for the Grant Thornton report, commissioned by his legal team, out of the levy fund. 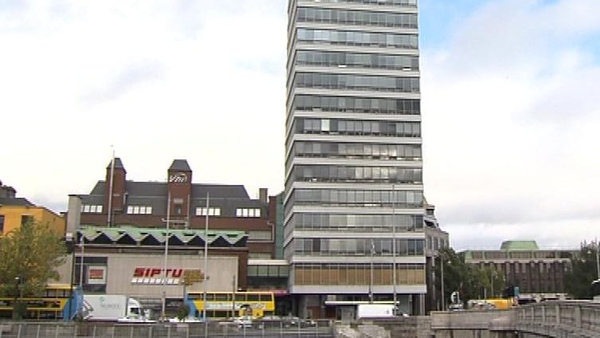