The Hellenic Statistics Authority said today the jobless rate rose from 27% in April this year.

Young people were by far the worst affected, with unemployment among job-seekers aged 15 to 24 standing at 64.9%.

Greece has been depending on funds from international rescue loans since May 2010, after years of profligate spending and fiscal mismanagement left it with a massive budget deficit.

In return, successive governments have imposed stringent austerity measures, including tax hikes and salary and pension cuts. The country is currently in the sixth year of a deep recession.

The country's bailout from the International Monetary Fund and other European countries that use the euro as their currency is delivered in installments, and Greece's finances are inspected by its creditors before each disbursement.

The latest measures Greece must push through include the firing of thousands of civil servants. 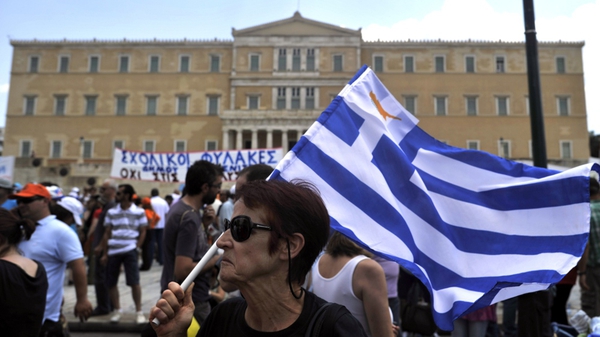