The European Commission today called for the euro zone to reach an agreement on boosting the size of its debt rescue fund by the end of the week.

This comes amid resurgent worries about Spain's fiscal health.

European finance ministers are meeting in Copenhagen on Friday and Saturday to discuss options to increase the firepower of the financial firewall.

"We think it's essential that we come to an agreement at the end of this week," a spokesman for Olli Rehn said.

"Our baseline is very well known: we think that having a strong firewall in place is an element to reinforce confidence in our crisis response," Amadeu Altafaj, spokesman for EU Economic Affairs Commissioner Olli Rehn, said.

The commission, the European Union's executive arm, has drawn up three options for the ministers to explore following instructions from euro zone leaders at a summit in December.

The most ambitious proposal calls for combining the lending capacities of the European Financial Stability Facility (EFSF), which expires in 2013, and its successor, the European Stability Mechanism (ESM) due to enter force in July.

Combining the EFSF's €440 billion and the ESM's €500 billion would give the 17-nation euro zone a firewall worth on paper nearly €1 trillion to fend off market concerns about the stability of the monetary union.

However, given that around €200 billion of the EFSF has been committed to Greek, Irish and Portuguese rescue programmes, it would have around €740 billion available.

The third option is to limit the fund to the size of the ESM, €500 billion.

Euro zone governments are divided over increasing the firewall, with Germany and Finland showing little enthusiasm due to a calmer situation in financial markets.

But Spain's borrowing costs have spiked in recent days due to growing alarm over the country's higher-than-expected public deficit.

"We think the review of the adequacy of the combined lending capacity of EFSF and future ESM is an opportunity also to remove any doubts about the commitment of the euro area to manage this crisis," Altafaj said.

"It's not only to be ready, it's also to have a dissuasive effect and to reinforce confidence. Confidence is at the heart of this crisis," he added.

Meanwhile, German Chancellor Anglea Merkel said today Germany is prepared to allow the €200 billion in funds already committed by the bloc's temporary bailout fund to run in parallel with the €500 billion in its permanent successor.

"We can imagine that these €200 billion could run parallel to the €500 billion of the ESM until they have been paid back by the countries. That will take several years, and then the ESM will stand alone with the €500 billion," the German Chancellor told a conference of her ruling Christian Democrats.

Commenting on the state of the financial markets, Merkel said the situation had calmed somewhat in recent weeks but added that Portuguese and Spanish bonds remained fragile.

At home, a spokesperson for the Dept. of Finance has said talks with the ECB over converting a €3.1 billion payment to the Irish Bank Resolution Corporation (formerly Anglo) into a long-term government bond continued throughout the weekend and are ongoing.

Under the terms of the promissory note issued to IBRC by the last government the €3.1 billion payment is due to be made on March 31st. If the talks outcome is successful the government will be allowed to issue a bond payable over a longer term in its place. 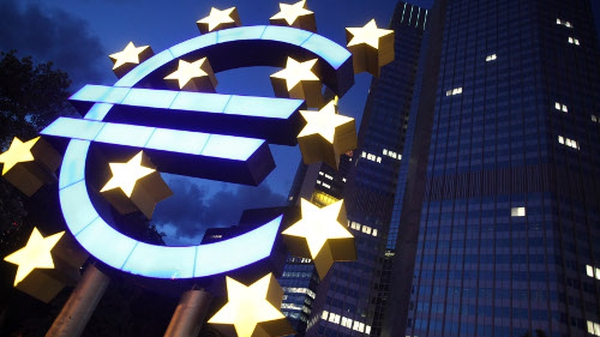