Ratings agency Moody's has downgraded the creditworthiness of six eurozone countries, including Italy, Portugal and Spain.

Britain, France and Austria have been placed on a negative credit outlook.

Moody's said the changes reflected Europe's economic prospects and the uncertainty over the resources that will be made available to tackle the eurozone debt crisis.

The US rating agency said Germany's top-tier rating is "appropriate" and it affirmed the AAA rating on the eurozone's bailout fund, the European Financial Stability Fund.

Moody's, which said late last year it was reconsidering its European ratings, cut by one notch the ratings of Italy, Portugal, Slovakia, Slovenia and Malta and downgraded Spain by two notches.

Minister for Finance Michael Noonan said the overnight downgrade of six eurozone countries by the ratings agency does not have any adverse implications for Ireland.

It is the first time that the UK has been placed on negative credit outlook by a major ratings agency since the eurozone crisis began.

Chancellor George Osborne said the threat of a downgrade for Britain is proof that it cannot waiver from dealing with its debts.

The British government has been under increasing pressure to soften its austerity measures to give its stalling economy room to grow.

The main European stock markets were up slightly this afternoon, recovering from earlier losses.

Markets were boosted by a survey showing a rise in optimism about the German economy and lower borrowing costs for Spain and Italy. 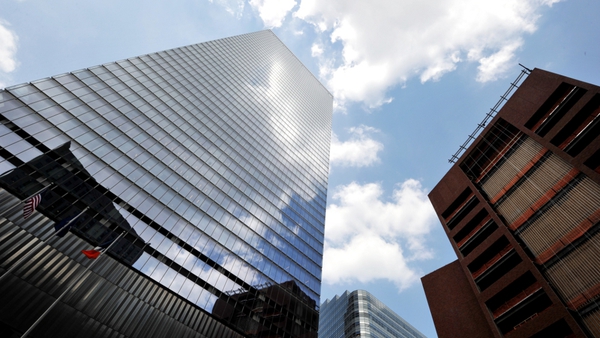