Minister for Finance Michael Noonan has said 12% of households will not benefit from Budget measures designed to alleviate the water charges, but the Government is examining how to reach them.

Mr Noonan and Minister for Public Expenditure and Reform Brendan Howlin faced the verdict of listeners in a phone-in on RTÉ's Today with Sean O'Rourke this morning.

He said the aim of Budget 2015 was to spread the recovery throughout the country as a whole.

Minister Noonan also said if the Government mirrors what it did this year for the next two years, around 15,000 extra jobs will be created.

Speaking this afternoon, Minister Noonan rejected suggestions by the Opposition that any gains in the Budget are cancelled out by the water charges.

Meanwhile, the debate over the taxation and spending measures in the Budget continued in the Dáil today.

The Opposition accused the Government of introducing unfair tax measures that favour the better off over low paid workers.

The Taoiseach said 400,000 workers have no liability for the Universal Social Charge.

Enda Kenny added that the Government's three year Budget plan would ease the burden of the 52% marginal tax rate.

The debate on the Budget continues in the Dáil until 9pm this evening.

Budget 2015 contains a range of new measures aimed at reducing the tax burden.

They include changes to the Universal Social Charge and an income tax cut of 1% for the highest earners.

A tax relief in respect to water charges and a €100 payment under the Household Benefits package is being extended to help more social welfare recipients.

There were no new cuts to social welfare rates in this year's Budget.

The Government announced the introduction of a new Back to Work Dividend to encourage lone parent families and long-term unemployed back to work.

Child Benefit will increase by €5 per child next year. If possible, there will be a further €5 increase in 2016.

The Christmas Bonus has been partially restored, so welfare recipients can expect a 25% increase in their December payment.

The living alone allowance has been increased to €9 a week.

Addressing social housing needs, the Government has announced an investment of more than €2.2bn over the next three years.

It allocated €10m to tackle homelessness, a move that has been welcomed by campaigners.

In education, more than 1,700 new teachers will be taken on next September.

Of these, 920 will be mainstream teaching posts, while there will be 480 new resource teachers and 365 new special needs assistants.

In justice, 200 new gardaí will be recruited in the next four months and €10m has also been secured for the garda fleet.

It has also been announced that savings of €130 million will be made on drugs and agency staff in health.

Budget a 'recipe to grow the economy' - Burton

Tánaiste and Minister for Social Protection Joan Burton has said yesterday's Budget is a recipe to grow the economy and to get more people back to work.

Speaking on RTÉ's Morning Ireland, Ms Burton said on the spending side, people who have children will get an increase in Child Benefit and there is a partial return of the Christmas bonus.

Minister Burton acknowledged that the increases are small but said the focus of this Budget was on creating jobs.

The Tánaiste said in terms of water charges, many people who are not earning enough money to pay tax, live in a household where another person in the household will be claiming either the tax relief or be entitled to the social welfare €100 benefit.

She said the situation will have to be looked at for those who do not fall into that category.

Earlier, the Organisation for Economic Co-operation and Development (OECD) welcomed a measure in the Budget to end a scheme known as the "double Irish", a corporate tax loophole.

Minister Noonan said he was ending the scheme for new entrants and phasing it out over six years for companies already based in Ireland.

Pascal Saint-Amans, Director for the OECD's Centre for Tax Policy and Administration, said the measure would make for a level playing field and is a very courageous step.

The move sends out a very strong signal that Ireland wants to be competitive, but does not want to facilitate double non-taxation, which is of concern to so many countries, he said.

Speaking on RTÉ's Morning Ireland, Mr Saint-Amans said what the Government has proposed will strengthen its competitive position.

The Irish Congress of Trade Unions has criticised the Government for failing to address the problem facing lower income families in paying for water charges.

At a post-budget briefing, General Secretary David Begg acknowledged that the Budget had been expansionary.

However, he said the Government had not fully factored in the problem of affordability of water charges, adding that people were now at the end of their tether.

He said congress had proposed a system of water credits to take the lower paid out of the water charges net.

He said congress would not have reduced the 41% tax rate, but would have concentrated most of the largesse for tax reductions towards water charges and those on lower end of income scale.

Mr Begg said by giving people at that level extra money, it would all be spent in the local economy on essential rather than luxury goods.

He also voiced scepticism about the claim that 30,000 hospitality jobs had been created due to the 9% VAT rate for the hospitality sector.

He said ICTU’s calculations reckoned that only 2,500 of those jobs were directly attributable to the VAT cut and noted that the tax cut had cost €450 million.

Mr Begg claimed there would have been a better return for the economy with better quality jobs if that money had been invested in infrastructure.

He also described the failure to allocate additional funding for capital investment as a missed opportunity, and warned that the Irish rate of such investment is less than half the EU average.

Budget Day - As It Happened 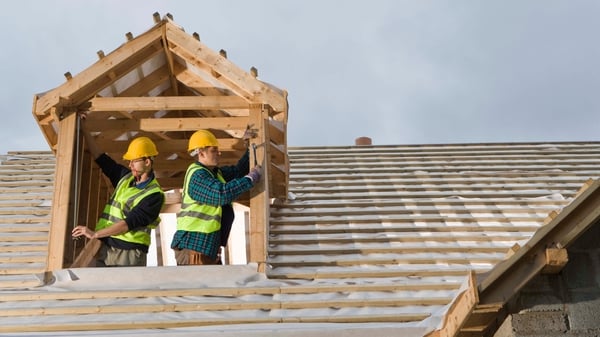