The Opposition has been reacting to Budget 2015, which was announced in the Dáil this afternoon.

He said the Fine Gael/ Labour Government had decided to fire the first shot in their General Election campaign and showed they had learned nothing from the past.

There was no vision in the Budget of what a post-austerity Ireland will look like, he said, and no indication that the mistakes of the past will not be repeated.

He criticised the way the Fiscal Council, which had advised a €2bn adjustment, was being treated by the Government.

Fianna Fáil leader Micheál Martin complained to the Taoiseach about the "discourtesy" demonstrated to members of the Opposition through the absence of any Government ministers during the Opposition's budget reaction speeches.

Mr Martin said he had never seen, what he described as, such "contempt for parliamentary politics" before.

Sinn Féin Finance Spokesperson Pearse Doherty said the Budget will not end austerity for many, many people.

He said that 100,000 marched in Dublin against unjust water charges on Saturday to say that enough was enough regards austerity.

After almost four years in government, he said Fine Gael and Labour can no longer blame Fianna Fáil for the state of the country.

He said one in four people live in a jobless household and asked where is the recovery for the family that only has €8.75 at the end of the week.

Fine Gael and Labour, he said, have not created jobs for young people and said there are 28,000 less young people employed since the Government took office and 374,800 people "stuck on the dole".

Sinn Féin's Mary Lou McDonald said it was anything but a neutral budget. 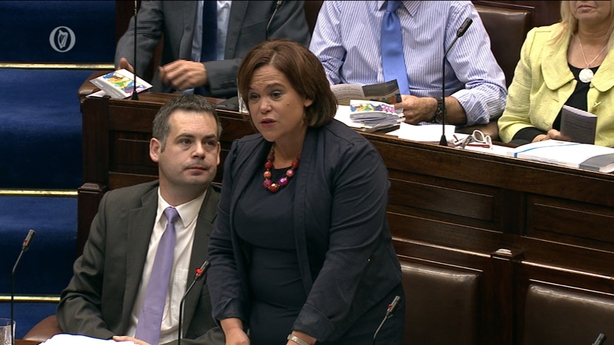 She said the Budget confirms that the Government is "out of touch with the realities" of people's lives.

Ms McDonald was ordered to leave the chamber mid-speech after accusing the Ceann Comhairle of disrupting her and refusing to withdraw the remark.

People Before Profit TD Joan Collins said the water tax credit was a "good move" by the Government to help top earners.

Meanwhile, she said low and middle income earners were better off by €2, enough to buy a latte in the Dáil bar.

Independent Catherine Murphy said while she welcomed the fact that some house building was announced today, a lot of what has been promised is four years into the future.

"The crisis is now", she said.

Newly-elected Independent TD Michael Fitzmaurice welcomed some of the elements of the Budget.

However, he said there needs to be investment in water infrastructure and warned that farmers will not survive in farming unless the problems with the beef factories are dealt with.

People Before Profit TD Richard Boyd Barrett said the majority of struggling families on low incomes will still be worse off.

He said the Government had given with one hand but taken a lot more with the other.

It was sickening to see the Government giving disproportionately to the high earners, he said, who will be able to pay their water bills and property tax with the income tax changes.

However, he said someone on the average wage will get back €500 a year and will have to pay that much and more in water tax and property tax.

Independent TD Thomas Pringle said 20% of people in the country were earning less than €12,000.

He said the Government makes people on lower wages contribute more, saying that was why there were 100,000 people on the streets on Saturday.

Socialist Party and Anti-Austerity Alliance TD Paul Murphy warned that the "crumbs of tax relief will not fulfil the 800,000 people that are living in poverty".

Independent TD Seamus Healy said low and middle income families were affronted by Irish Water, the set up costs and now the bonuses.

He said the attempt at dealing with the housing crisis was a sham.

Independent Mick Wallace said inequality was soaring and that foreign corporations and big business were the winners.

He also said that no one would be more pleased with this Budget than German Chancellor Angela Merkel.

What is happening today would not compensate for the property tax and water tax, he added.

Independent TD Clare Daly said the Government did not have a clue what it is like to live in the real world.

She said they had no idea of the savage economies that people have to impose on themselves just to stay afloat.

The last TD to speak on the Budget was Finian McGrath, who said 45% of people with disabilities suffer income poverty, an issue he said that cannot go unaddressed.

He said that criminal gangs in Dublin will continue to make more money through the sale of counterfeit cigarettes following today's price increase.

Reform Alliance TD Peter Mathews also spoke out against the price increase and predicted that the money the exchequer takes in from the move will have to be spent on measures to tackle the counterfeit industry.

People Before Profit TD Richard Boyd Barrett said the measure was not about public health and instead it is about revenue gathering.

The resolution to increase the price of tobacco has been voted in with 121 TDs voting in favour and 22 voting against. 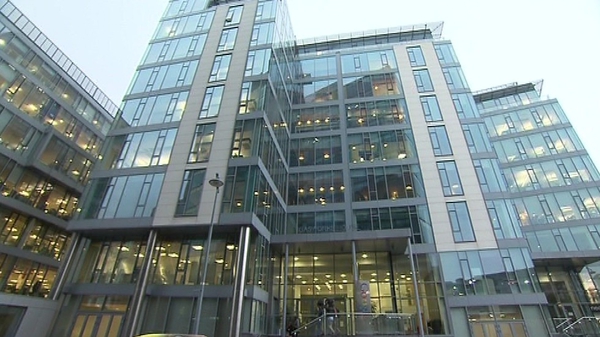