European Commission Vice President Maroš Šefčovič has told Stormont MLAs that the Northern Ireland Protocol is the "only possible solution" to avoid a hard border on the island of Ireland.

He said that he has not heard of any viable alternative being suggested.

The EU's chief Brexit negotiator was questioned virtually at a special sitting of Stormont's Executive committee amid a dispute over the post-Brexit trading arrangements that unionists believe have created a border in the Irish Sea.

Mr Šefčovič said he hoped in the next 48 hours that the EU and UK could agree a solution on chilled meat products. The sale in Northern Ireland of products such as sausages and mince from Great Britain was to be banned on Thursday. The EU is expected to accept a request by the UK government to delay the ban.

Unionists have hit out at Mr Šefčovič, saying that they will not endorse the Protocol and have asked for it to be scrapped.

Unionists have also said the Protocol drives a horse and cart through the Good Friday Agreement.

Mr Šefčovič also said he was surprised by unilateral decisions coming from London. He said the EU is prepared to take "bold steps" to address issues with the Protocol.

"We are willing to consider taking bold steps if the UK government demonstrates a clear and concrete commitment to implementing the Protocol in full," he said.

Mr Šefčovič outlined different types of trade deals with the EU, saying in the EU/Swiss veterinary agreement, there are "no checks needed for all sorts of goods and products", while the EU/New Zealand agreement requires "quite a lot of checks".

"I know that the UK government doesn't want to have its hands tied because there might be a big free trade agreement coming with important partners like the United States of America, but we know that such agreements take time to negotiate, very often several years and if in the end there will be a need to align to UK SPS rules with those of the US, we would understand and we would say, okay in that case we'll go back to the checks and controls, but this time we would use the time for bridging over the current situation.

"I hope we can build up the infrastructure, we can hire and train personnel, we can get the real time access to the IT system so the checks can be performed more smoothly, faster and they will be not intrusive at all to the people of Northern Ireland," he told MLAs. 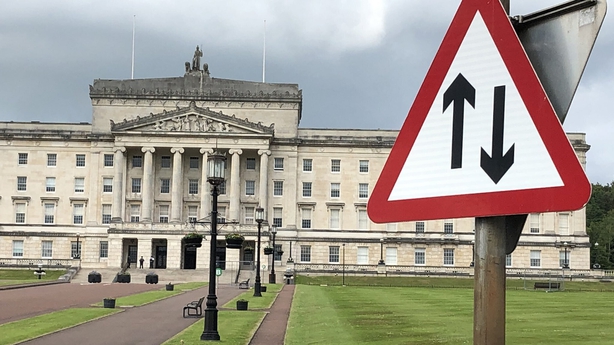 Mr Šefčovič said the EU is prepared to take "bold steps" to address issues with the Northern Ireland Protocol.

He said the EU was prepared to accommodate flexibilities to reduce Irish Sea trade checks to the "absolute minimum possible".

However, he said the UK had to reciprocate by demonstrating a commitment to the "full and faithful" implementation of the Protocol.

A Swiss-style deal on agri-food shipments from Great Britain to Northern Ireland would do away with the "vast majority" of new checks, Mr Šefčovič said.

The agreement the EU has with Switzerland avoids animal and plant health checks because the Swiss align their own regulations with the bloc's.

When the EU changes its rules, the Swiss change theirs to ensure continued alignment.

"To mention one measure that would address some concerns and could be negotiated very quickly - a so-called Swiss style veterinarian agreement with the UK continuing to apply EU SPS (sanitary and phytosanitary) rules will do away with the vast majority of the checks in the Irish Sea and would not require checks elsewhere, say in Northern Ireland, including for travels with pets, for example."

Mr Šefčovič said a New Zealand-style deal would not do away with as many checks.

The EU and New Zealand agreement involves both parties mutually recognising that the other has high food safety standards. This reduces the proportion of checks required but allows New Zealand to continue to set its own SPS regulations.

It is the first time Mr Šefčovič has briefed any parliamentary committee in the UK on the Irish Sea border controversy.

The Northern Ireland Protocol, which was agreed by the EU and UK as a way to keep the land border on the island of Ireland free-flowing, has created a series of new checks and restrictions on goods moving from Great Britain into Northern Ireland.

Technical talks are ongoing between the UK and the EU to try to hammer out ways to reduce the burden of red tape.

Mr Šefčovič said there was a need to "dedramatise" the rhetoric around the protocol.

"The Protocol needs to be fully and correctly implemented, and at the same time our approach has been, and still is, solution-oriented, constructive and flexible.

"The Protocol is a unique solution that the EU has never offered before. We are outsourcing the control of part of our border to a third country.

"The EU has demonstrated the pragmatism we are occasionally and wrongly accused of lacking. We have spared no efforts in trying to mitigate problems that have arisen in the implementation of the protocol and have explored and put on the table practical and permanent solutions."

Yesterday, the UK government said it had yet to receive formal confirmation that the EU had agreed to the extension.

Ahead of Mr Šefčovič's Stormont appearance, Northern Ireland Secretary Brandon Lewis said the EU must back up its words about showing flexibility on the Protocol with actions.

Mr Lewis also made clear the UK government would act to "rectify" the "big disruption" caused by the Irish Sea trade barriers.

He blamed the problems attributed to the protocol on the EU's "purist" implementation.

However, Taoiseach Micheál Martin insisted EU leaders had no desire to implement any trade restrictions that "don't make sense" and were willing to resolve the dispute over the Protocol.

Mr Martin said the UK had to show a similar willingness to find workable solutions and expressed concern that "domestic politics" in Britain are getting in the way of that.

The UK/EU exchanges are playing out as tension among Northern Ireland loyalists mounts over the arrangements they claim have driven a constitutional wedge between the region and the rest of the UK.

There are concerns that loyalist anger could boil over during the parades season this summer. 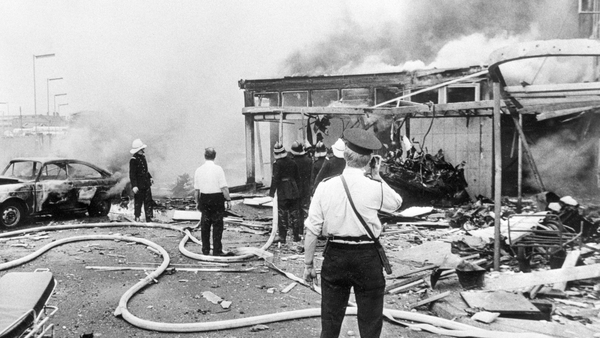 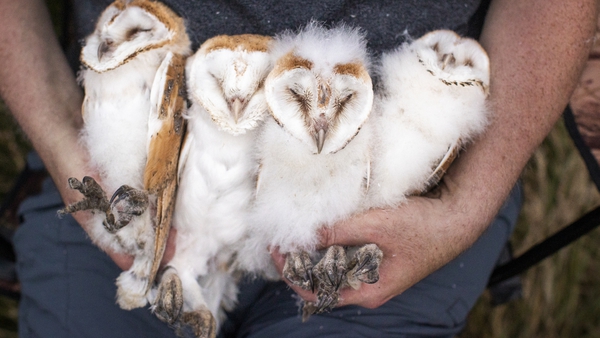 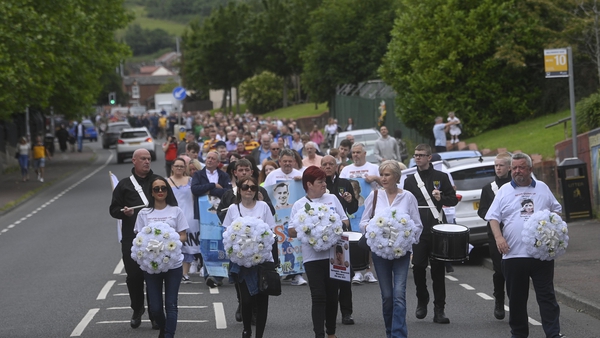 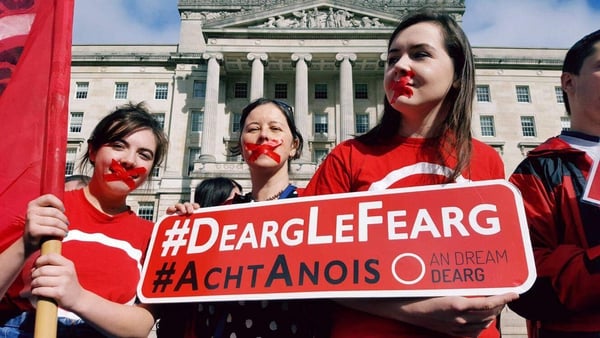 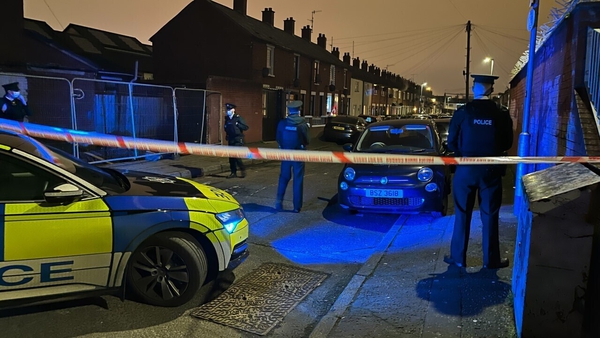