A senior Democratic Unionist has rejected a suggestion his party is considering collapsing power-sharing in Northern Ireland in protest at Brexit's Irish Sea trading border.

Unionists and loyalists are demanding the removal of arrangements that govern trade between Northern Ireland and the rest of the UK post-Brexit.

The arrangements, contained within the Northern Ireland Protocol, require a range of new regulatory and customs checks and processes on goods moving from Great Britain into Northern Ireland.

In an interview with the Sunday Independent, Mr Campbell claimed First Minister and DUP leader Arlene Foster had told the LCC that collapsing the Executive was within her party's "thinking", but only after all other avenues to ditch the protocol had been exhausted.

Mr Weir said the issue was not raised at the meeting between the LCC and the DUP leadership last month. 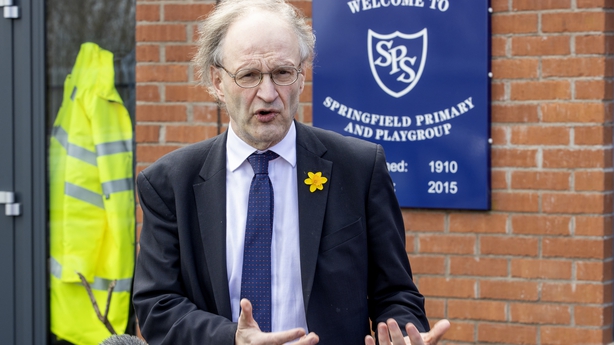 "But you know the reality is in terms of the meeting that was held between the DUP and David's group, we didn't raise the issue of bringing down the Assembly, it wasn't discussed, it's not within our thinking, and I think that would be counter-productive.

"I think what we are looking to see across the board, across unionism as a whole, is constructive cooperation on an entirely sort of peaceful constitutional manner to see what actions can be taken against the protocol, and that's where the focus of our activities is.

"We're not and we haven't suggested bringing down the Assembly or the Executive, nor indeed was it discussed at the meeting."

The protocol was agreed by the EU and UK during the withdrawal negotiations in an effort to prevent a hard border on the island of Ireland.

It achieves that by keeping Northern Ireland in the EU single market for goods, with regulatory checks and inspections now required on agri-food produce moving into the region from the rest of the UK.

The protocol also requires Northern Ireland to apply EU customs rules at its ports, requiring a range of customs red tape and declarations on goods arriving from Great Britain. 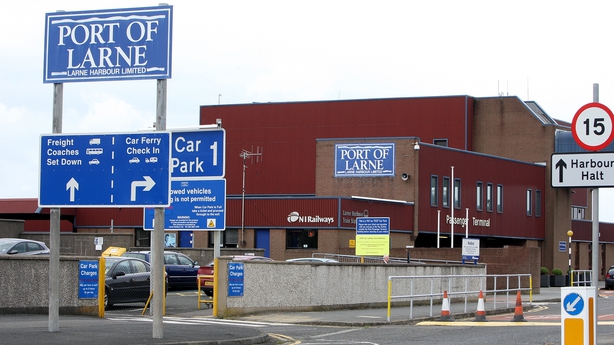 The new arrangements have caused some disruption to trade since the start of the year as firms have struggled with new processes and administration.

Unionists and loyalists are vehemently opposed to the protocol, claiming it undermines Northern Ireland's place in the UK internal market.

Amid heightening tension in Northern Ireland, earlier this month the UK government moved to unilaterally delay full implementation of the protocol, by extending some grace periods that currently limit the level of checks and declarations required.

In response, the EU launched legal action against the UK government, accusing it of breaching the terms of the Brexit Withdrawal Agreement.