He tweeted: "The situation in our talks with the EU is very serious tonight. Progress seems blocked and time is running out.

Separately, a Downing Street spokesperson said it was "very likely" a Brexit trade deal would not be secured without a significant shift from Brussels.

"The Prime Minister underlined that the negotiations were now in a serious situation. Time was very short and it now looked very likely that agreement would not be reached unless the EU position changed substantially," the spokesperson said.

"The Prime Minister repeated that little time was left. He said that, if no agreement could be reached, the UK and the EU would part as friends, with the UK trading with the EU on Australian-style terms," the spokesman added.

He noted both leaders agreed to remain "in close contact".

Von der Leyen said  that "substantial progress" was made in their post-Brexit trade talks but that bridging the "big differences" on fisheries would still be hard.

"We welcomed substantial progress on many issues. Yet big differences remain to be bridged, in particular on fisheries. Bridging them will be very challenging," she said on Twitter, adding that trade negotiations would continue tomorrow.

But it added that some "fundamental areas remained difficult" over the issue.

It also noted disagreements over post-Brexit fisheries were a key obstacle, with Johnson stressing Britain could not accept limits on its sovereignty.

"The EU's position in this area was simply not reasonable and if there was to be an agreement it needed to shift significantly," the statement read.

The UK  formally left the EU at the end of January, but is bound by most of its rules until December 31 as the two sides try to agree the terms of their future trading relationship.

However, talks have been gridlocked for months, with London and Brussels appearing to be dug in over their respective stances on fishing and competition rules.

Meanwhile, Minister for Foreign Affairs Simon Coveney has said he believes with political will there is a path to a deal.

Earlier, senior British minister Michael Gove has put the chances of securing a trade deal with the European Union at less than 50%, striking a pessimistic tone just two weeks before the UK completes its departure from the bloc.

He added that the UK hoped to reach a trade deal with the European Union but that talks might go on until after Christmas.

"When we think about the real deadline, I hope that we can conclude an agreement as quickly as possible but talks may go on until after Christmas," Mr Gove told a parliamentary committee.

"We will want to ensure that parliament has a say, and a chance to scrutinise any agreement that's reached, so realistically it's in the days just immediately after Christmas."

Mr Gove said the EU might need to make a provisional application if an agreement was not concluded by Sunday.

The European Parliament said it could hold an emergency plenary in late December if a deal is reached by Monday.

If it came later EU diplomats said the bloc might still put it in place from 1 January, without lawmakers' consent.

Mr Gove also said negotiations would not continue into the new year, and that Britain and the EU would trade on World Trade Organisation terms if there was no free trade agreement (FDA).

"Of course it's the case that there will be, as there would be between any set of neighbours, conversations," he said. 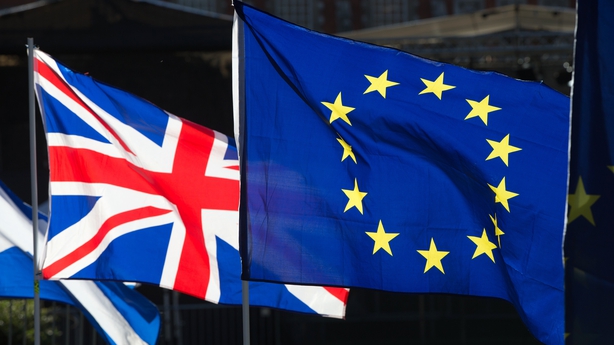 Earlier, EU negotiator Michel Barnier told MEPs that it was "difficult but possible" to strike a post-Brexit trade deal with Britain by Friday, sources in the European Parliament told AFP.

Separately, MEPs in the European Parliament warned that if they do not receive the text of a deal by Sunday they will not be able to ratify it before Britain leaves the single market on 31 December.

The decision was announced in a statement by the Parliament's main political body, the Conference of Presidents.

MEP Manfred Weber, tweeted that he had proposed to the Conference of Presidents this morning that "we should only approve a Brexit agreement if we get it [by] this Sunday.

"After that we cannot reasonably scrutinise the deal before the end of the year. The agreement is too important to rush through Parliament."

If the Parliament makes good on the threat, then unless a deal is reached by the end of the weekend, any treaty would not be ratified by MEPs on time to take effect on 1 January.

The options then would be that the treaty be applied provisionally on 1 January and ratified by the European Parliament later.

Or it could lead to a short no-deal period, as Michel Barnier warned about earlier this week.

According to three sources, Mr Barnier told them a deal by Friday was "difficult but possible".

He said Britain had accepted a mechanism to allow Brussels to respond if worker and environmental standards diverge in a way that affects fair competition.

But Britain had not yet said how it would monitor its state subsidies for business - with the EU wanting stricter independent oversight.

Here is the declaration from the EP Conference of Presidents pic.twitter.com/pQSnC26wDF

Fisheries remain a point of dispute. Brussels has accepted that Britain will have sovereignty over its waters, and that London will set up a structure to assign quotas to EU boats.

But the sides are arguing over how much fish Britain will gain with Europe insisting it improves its offer.

Minister for Agriculture and the Marine Charlie McConalogue said a status-quo deal has been agreed for Irish fishermen for the first three months on 2021 so they can continue to fish post-Brexit.

Speaking on RTÉ's Today with Claire Byrne, he said quota levels have been set temporarily based on what way they fished at the start of this year.

He said Ireland had to fight for the quota in relation to the seasonal patterns about how fish are caught, but it has now been agreed and fisherman "can go fishing".

The Government is doing all in its power, he said, to hold a strong line in the last-minute Brexit negotiations to protect reciprocal access and hold the quota share for Irish fishermen.

Minister McConalogue said that he is working closely with Minister for Public Expenditure Michael McGrath to have various contingencies in place if no deal is reached.

But he said that there is a growing sense that a deal is possible. He said the strong hand and strong position maintained by the EU on fisheries is the reason why it is still an outstanding issue.

Time is running short to find a trade agreement for the future. Britain leaves the EU single market in just two weeks after an 11-month post-Brexit transition.

If there is no follow-on trade agreement, tariffs will be imposed on cross-Channel commerce, fuelling the economic disruption caused by London's departure.

Any trade deal will have to be approved by the EU and UK parliaments, and special sessions may have to be held in the final days of this year.

"I cannot tell you whether there will be a deal or not. But I can tell you that there is a path to an agreement now. The path may be very narrow but it is there," she  told the European Parliament.