Trucks heading towards the English port of Dover are reportedly stacked up for kilometres, just three weeks before Britain exits the European Union.

There was a queue ahead of the Eurotunnel freight entrance, but the main tailback was on the approach to the Dover port terminal.

Logistics groups have reported surging demand from companies trying to bring parts, goods and food into the country before Britain leaves the EU's single market and customs union, a move that is expected to cause even more disruption in January.

Highways England said there were high volumes of freight traffic heading towards the Port of Dover.

It said that lorries had been stacked up along some roads to prevent the port from becoming overwhelmed.

The British government has warned that even with a trade deal, 7,000 trucks heading for the Channel ports in south-east England could be held in 100km queues if companies do not prepare the extra paperwork required. 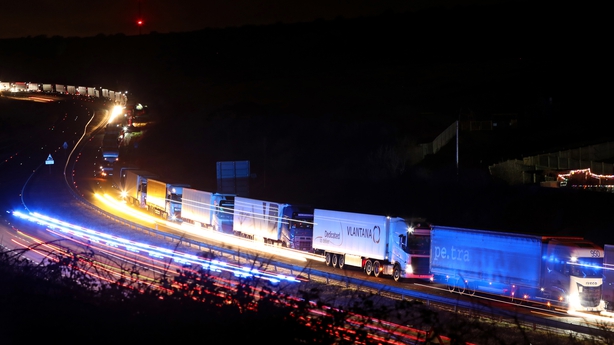 Meanwhile, members of the House of Lords have expressed concern about lack of facilities for lorry drivers who need to "answer the call of nature" if they get caught short in post-Brexit traffic jams near ports.

Lack of roadside toilet facilities is just one indicator that the UK is not ready for the expiry of the Brexit transition period at the end of the month, according to the Lords EU Goods Sub-Committee.

Chair of the sub-committee, Baroness Verma, said: "Has the Government actually considered how and where drivers, who may be stuck in long queues, will answer the call of nature, or take their legally required breaks?"

The British government has been making contingency plans for traffic control of lorries entering and leaving UK ports from January 1 amid warnings of major hold-ups.

In a letter to Cabinet Office minister Michael Gove, the sub-committee said: "The necessary technological, physical and welfare arrangements that need to be in place in time to avoid or mitigate significant disruption to the import and export of goods following the end of the transition period are not in place." 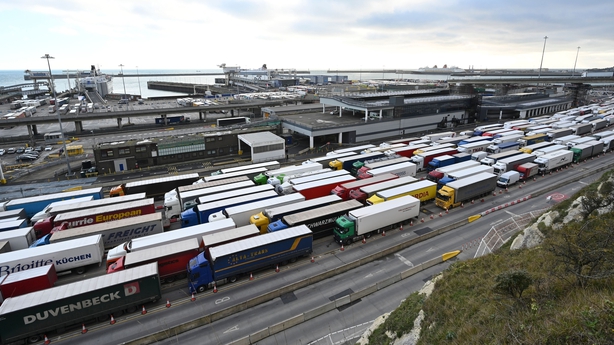 The committee states that five evidence sessions it held last month showed crucial IT systems to deal with customs declarations and accessing Kent are still in testing and may not be ready for the end of transition.

It said that traffic management plans are vulnerable to closures, while facilities for drivers "are inadequate and will have serious welfare, safety and legal implications for those stuck in what may be delayed queues".

The committee heard that animal welfare issues may arise for vehicles carrying livestock if they are stuck in queues for a long time.