The Minister for Transport has said it is "disturbing" that over half the people who hold UK driving licences in Ireland have not exchanged them for an Irish driving licence as the Brexit deadline approaches.

Speaking during minister's questions in the Dáil, Shane Ross said that in the event of a no-deal Brexit the UK would no longer be a European Union member state and the UK driving licence would not be recognised in Ireland.

Mr Ross said that around 70,000 UK licences were held by people living in Ireland but just 34,000 of these have been exchanged to date.

He urged anyone living in Ireland who holds a UK driving licence to exchange it for an Irish one without delay.

He said the current wait to exchange a UK licence for an Irish one is three days.

Fianna Fáil’s transport spokesman Marc McSharry asked the minister if additional resources were being out in place in the driving centres to manage the additional demand.

Deputy McSharry said that if there is a no-deal Brexit, there should be transitional arrangements in place to facilitate people for a period of time.

Mr Ross said preparations were under way and extra resources were in place to cater for the expected increase in demand.

He said he expected there would be a rush coming up to the end of next month but he said the Government was providing for that. 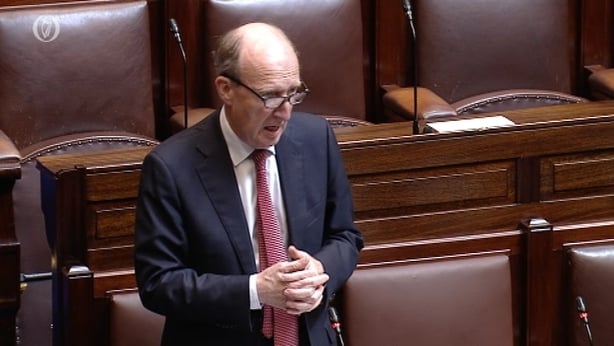 New laws to ban sale of petrol and diesel cars