After a working lunch with Mr Juncker, Mr Johnson met Mr Bettel. The pair were due to hold a joint news conference however Mr Johnson did not take part in the media briefing.

Boris Johnson tried to laugh off yells, hisses and anti-Brexit cries of pro-EU demonstrators as he met Mr Bettel.

"Stop the coup. Tell the truth," said one over a speaker. "Bog off Boris."

But Mr Johnson laughed and smiled as he walked up to meet Mr Bettel with a handshake and head into the Ministry of State for discussions.

Two lecterns had been set up on the ministry's grounds in Luxembourg City where members of the media were waiting to hear the pair speak after a meeting.

But Mr Johnson decided to only give a statement to a small group of journalists assembled at the nearby residence of the British ambassador, after dozens of demonstrators with a loud speaker heckled him from behind the gate.

Luxembourg's prime minister, speaking at his now solo press conference, said: "I know that the UK government is unhappy with the Withdrawal Agreement as it stands.

"That's why I thought it was important to speak to Prime Minister Johnson to get proposals.

"We need more than just words."

There needed to be a legally operational text to work on "as soon as possible" if the October deadline was to be met, he added.

Mr Bettel said: "Our people need to know what is going to happen to them in six weeks' time. They need clarity, they need certainty and they need stability.

"You can't hold their future hostage for party political gains."

Gesturing to the empty podium where Boris Johnson should have been, Mr Bettel said: "Now it's on Mr Johnson - he holds the future of all UK citizens and every EU citizen living in the UK in his hands.

"It's his responsibility. Your people, our people, count on you - but the clock is ticking, use your time wisely."

Mr Bettel, answering questions from reporters, said: "For me I just have one Withdrawal Agreement on the table and it's the one from last year.

"There are no changes. There are no concrete proposals for the moment on the table. And I won't give an agreement to ideas. We need written proposals and the time is ticking."

Mr Bettel told Mr Johnson to "stop speaking and act", adding: "But we won't accept any agreement that goes against a single market, who will be against the Good Friday Agreement."

He added "solidarity" with Ireland is "strong" before noting: "This Brexit it's not my choice.

"It's been a decision from a party, a decision from David Cameron to do it. They decide, I deeply regret it but don't put the blame on us because now they don't know how to get out of this situation."

Asked about offering the UK an extension to the transition period, Mr Bettel said what people wanted was certainty.

He said: "The fact is our citizens want to have certainty.

"So even we say it's for one year or more, or two years and this time will be needed to find new decisions.

"This is a nightmare."

Mr Bettel said the EU side would not be to blame if the two sides were unable to reach agreement on a new Brexit deal.

"Some people would love to give the blame to another and not be responsible for the situation," he said.

"Theresa May accepted the Withdrawal Agreement. So don't make it like the European Union is the bad guy not accepting decisions the UK proposes. They accepted them.

"These are home-made problems. I won't accept any time to be responsible as a European leader... for, I am sorry, the mess we are in for the moment." 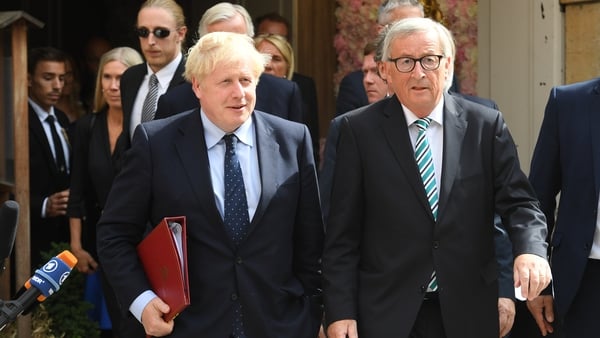