British Prime Minister Boris Johnson will call for a general election to be held on 14 October if he is defeated in a parliamentary vote on his Brexit strategy to be held tomorrow, a senior government source said this evening.

The source said that if, as expected, rebel MPs from his Conservative Party join with the opposition to defeat Mr Johnson, the government would table a vote for Wednesday on holding a general election.

In an address outside Downing Street this afternoon, Mr Johnson said if MPs voted against the government they would "chop the legs" out from under the UK's position in negotiating a deal with the EU.

He said: "I say, to show our friends in Brussels that we are united in our purpose, MPs should vote with the government against Corbyn's pointless delay.

"I want everybody to know there are no circumstances in which I will ask Brussels to delay. We are leaving on October 31, no ifs or buts."

He said he believed talks with Brussels have moved forward in recent weeks because the government "wants a deal, has a clear vision for the future relationship" and is clear that the UK will leave the EU on 31 October "come what may".

Mr Johnson said there were no circumstances under which he would ask Brussels for an extension.

If the proposed date of 14 October is accurate, it would be the first time since 1935 that a UK election has been held on any day other than a Thursday.

Earlier today, Labour leader Jeremy Corbyn has said his party is "ready for a general election".

"Today, Labour held our shadow cabinet in Salford where we discussed our plans to do everything in our power to stop a disastrous No Deal exit," he tweeted.

"We are ready for a general election, which will be a once-in-a-generation chance for a real change of direction for our country."

Mr Corbyn said the government was "threatening to just ignore legislation it doesn't like", in reference to plans by opposition parties to block no-deal.

"That is how the elite operate," he said. "The rules they set for everyone else only apply to them when it suits them. Labour will never try to silence parliament."

The opposition leader said a no-deal Brexit was a "Trump-deal Brexit" and would put UK public services "at the mercy" of big business in the US.

Meanwhile, former prime minister Tony Blair said Mr Johnson is laying an election "elephant trap" for the Labour Party that it should avoid.

He said the consequence of Brexit is to "diminish Britain globally".

In a speech at the Institute of Government in Westminster, Mr Blair said: "In a short amount of time the world will be big global blocks - USA, China and probably India."

Britain "should retain its special relationship with America but its natural home is in Europe," he added.

Mr Blair said Prime Minister Boris Johnson knows that no-deal "on its own may fail" if it was put to the people.

He said: "Boris Johnson knows if no-deal stands on its own it may fail, but if it is mixed up with the Brexit and Labour question it may well win."

The former Labour prime minister said the current Labour leader "might be tempted by an election" because he may "gain support from people who may not entertain his leadership" otherwise.

But Mr Blair warned Jeremy Corbyn that a general election with a split opposition could produce a "comfortable Tory majority" unless parties work together. 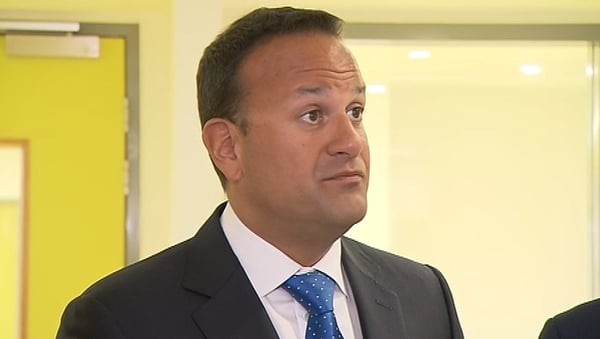