Britain's opposition parties said they had agreed to work together to try and prevent a no-deal Brexit, including through passing legislation or holding a vote of no-confidence in the government.

Parliament returns from its summer break next week and is preparing for a battle with new Prime Minister Boris Johnson, who has vowed to take the UK out of the European Union at the end of October, with or without an agreement.

Labour leader Jeremy Corbyn hosted talks with the Scottish National Party, the Liberal Democrats, the Green Party and the Independent Group for Change to discuss tactics to prevent a no-deal exit.

"The attendees agreed on the urgency to act together to find practical ways to prevent no deal, including the possibility of passing legislation and a vote of no-confidence," the parties said in a joint statement after the meeting.

The joint statement said: "The leaders of the opposition parties held a productive and detailed meeting on stopping a disastrous no-deal exit from the EU.

"Jeremy Corbyn outlined the legal advice he has received from shadow attorney general Shami Chakrabarti which calls Boris Johnson's plans to suspend parliament to force through a no-deal 'the gravest abuse of power and attack upon UK constitutional principle in living memory'.

"The attendees agreed that Boris Johnson has shown himself open to using anti-democratic means to force through no deal.

"The attendees agreed on the urgency to act together to find practical ways to prevent no-deal, including the possibility of passing legislation and a vote of no confidence.

Writing in the Independent newspaper, Mr Corbyn said a no-deal exit from the EU would amount to a "bankers' Brexit" benefiting the rich.

"It's a battle of the many against the few who are hijacking the referendum result to shift even more power and wealth towards those at the top."

Among those attending the cross-party talks today was Liberal Democrat leader Jo Swinson.

Ms Swinson, and other prominent opponents of a no-deal Brexit, have said Mr Corbyn would not be the right candidate to lead a short-term national government if the Commons forced Mr Johnson out of Number 10.

Mr Johnson has insisted the UK will leave the EU on 31 October with or without a deal, but faces House of Commons clashes over the issue in coming weeks.

It is understood that Mr Johnson is seeking to appoint Brexit-supporting peers to the House of Lords in a bid to get more support for the government's stance on Europe in the upper chamber.

The Daily Telegraph reported that Mr Johnson was sending his chief Brexit adviser David Frost to Brussels this week to hold discussions with EU officials.

The report came after Mr Johnson said at the G7 summit in France that he was "marginally" more optimistic about securing a deal, but insisted that other EU states needed to shift ground.

Earlier, EU Economics Commissioner Pierre Moscovici said Britain would still have to honour all its financial obligations made during its membership of the European Union even if a 'no-deal' Brexit occurred.

Mr Johnson has said that if Britain leaves without a deal, it will no longer legally owe the €42 billion divorce bill agreed by his predecessor.

However, Mr Moscovici said this was not the case.

"The British will have to settle their payments, and their financial contributions in all circumstances, regardless of whether there's a deal or a 'no-deal'," Mr Moscovici told Europe 1radio.

"There is no room for discussion on this," he added. 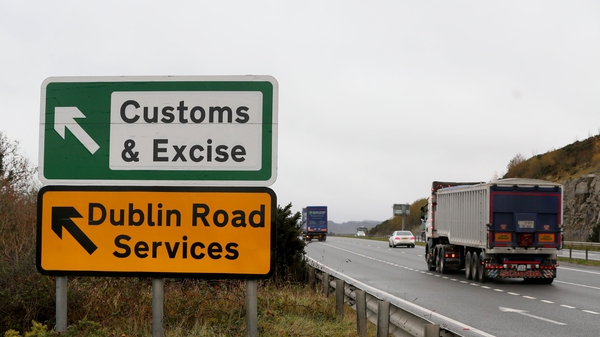