A flurry of Tory big hitters have entered the race to be next Prime Minister as the battle for Downing Street showed signs of turning bitter.

Both Mr Raab and Mrs Leadsom said they would be prepared to order a no-deal Brexit in October if necessary.

Mr Hunt told the Sunday Times: "If I was prime minister, I'd be the first prime minister in living memory who has been an entrepreneur by background.

"Doing deals is my bread and butter as someone who has set up their own business."

Mr Hunt's emphasis on his entrepreneurial past is being seen as swipe at Mr Johnson who reportedly once said "f*** business" in relation to Brexit.

In a reference to mythical sea monsters, Mr Hunt said. "The real question is: who has got the experience to avoid the Scylla and Charybdis of no-deal or no Brexit. I've got very important experience in that respect.

"We can never take no-deal off the table but the best way of avoiding it is to make sure you have someone who is capable of negotiating a deal." 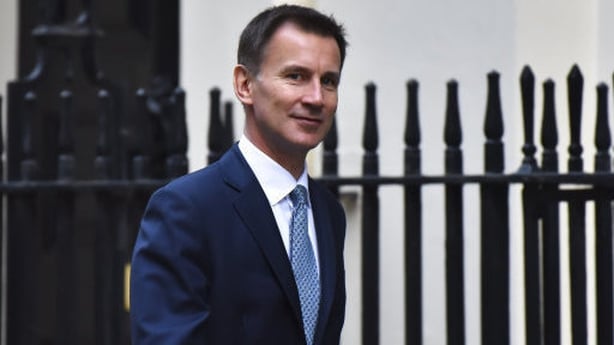 The comments come after Mr Johnson insisted he would take the UK out of the EU on 31 October with or without a deal.

Mr Raab has said he would prefer to leave the EU with a deal, but said the UK must "calmly demonstrate unflinching resolve to leave in October - at the latest".

The MP,  who resigned over Theresa May's Withdrawal Agreement, said: "The country now feels stuck in the mud, humiliated by Brussels and incapable of finding a way forward.

"The Prime Minister has announced her resignation. It's time for a new direction."

Mrs Leadsom, whose resignation helped trigger Mrs May's dramatic resignation statement, told the Sunday Times that if elected PM, the UK would quit the EU in October with or without a deal.

She said: "To succeed in a negotiation you have to be prepared to walk away."

Mrs Leadsom added that she would introduce a citizens' rights bill to resolve uncertainty facing EU nationals, then seek agreement in other areas where consensus already exists, such as on reciprocal healthcare and Gibraltar.

Environment Secretary Michael Gove is also preparing to launch a leadership bid as a self-styled "unity candidate", according to the Sunday Telegraph.

Sparks began to fly in the contest with Mr Stewart saying he would refuse to serve in a government lead by Mr Johnson as he appeared to compare the ex-foreign secretary to Pinocchio.

Mr Stewart was scathing about Mr Johnson's no deal stance, insisting that such a position was "damaging and dishonest". 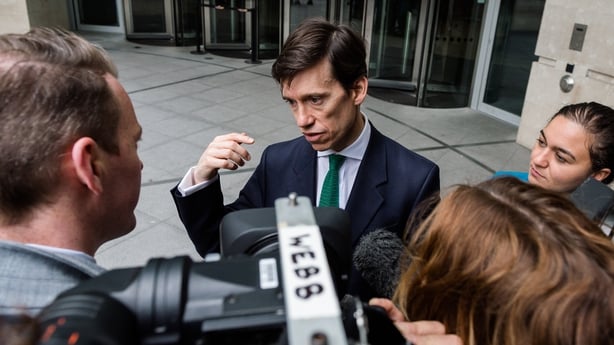 He told the BBC: "I could not serve in a government whose policy was to push this country into a no-deal Brexit.

"I could not serve with Boris Johnson."

In what is likely to be seen by many as a dig at Mr Johnson, the International Development Secretary tweeted: "The star name will not always be the best choice.

"There may be times when Jiminy Cricket would make a better leader than Pinocchio."

He said: "I think for somebody to rule that out at this stage is slightly odd."

Asked if he thought the contest was Mr Johnson's to lose, Mr Clifton-Brown said: "No. I don't think it's now Boris's to lose. It is for others to come up and show that they are better."

Health Secretary Matt Hancock said he was running for leader because the party needed to look to the future and attract younger voters.

He said he would take a different approach to try and get Commons support for a Brexit deal than the one Mrs May used.

He said: "She didn't start by levelling with people about the trade-offs.

"I think it is much, much easier to bring people together behind a proposal if you are straightforward in advance."

Meanwhile, International Trade Secretary Liam Fox has refused to rule himself out as a Tory leadership candidate.

Asked if he would stand, Dr Fox told the BBC: "Well, I don't think it's likely to happen, but, as you say, it's an unusual contest."

Work and Pensions Secretary Amber Rudd, who has said she will not stand for the top job, told the BBC: "I would be very concerned about somebody who is too enthusiastic about no deal.

"It is very important that whoever takes this on looks for a solution and tries to work to find where the majority of the House (of Commons) is."

The new Tory leader looks set to take over as prime minister at the end of July after Mrs May finally laid out a timetable for her exit from Downing Street.

The timetable for the contest will see nominations close in the week of June 10, with MPs involved in a series of votes to whittle down what is set to be a crowded field to a final two contenders.

Tory party members will then decide who wins the run-off.