Talks between the British Government and the Labour Party to break the Brexit logjam have been "productive" and will continue tomorrow, Downing Street has said.

The talks are aimed at finding a consensus Brexit position ahead of a key summit of European Union leaders in Brussels on 10 April.

On the other side of the table were shadow Brexit secretary Keir Starmer and shadow business secretary Rebecca Long-Bailey along with senior Labour officials.

A Downing Street spokesman said the "detailed and productive technical talks" were supported by civil servants.

"The government and the opposition hope to meet again tomorrow for further work to find a way forward to deliver on the referendum, mindful of the need to make progress ahead of the forthcoming European Council," the spokesman said.

Any decision on an extension to Brexit in order to prevent the UK from crashing out of the European Union on 12 April will be taken by EU leaders at that summit.

The talks in Westminster have highlighted divisions within both the Conservative and Labour ranks.

Backbench Labour MPs have issued a warning to Mr Corbyn not to include a second Brexit referendum in any compromise deal thrashed out with Mrs May.

Arriving for the talks, Mr Starmer confirmed that a "confirmatory" referendum was among the ideas on the table for discussion.

But a group of 25 Labour MPs wrote to Mr Corbyn warning that a second public vote would "divide the country further and add uncertainty for business". 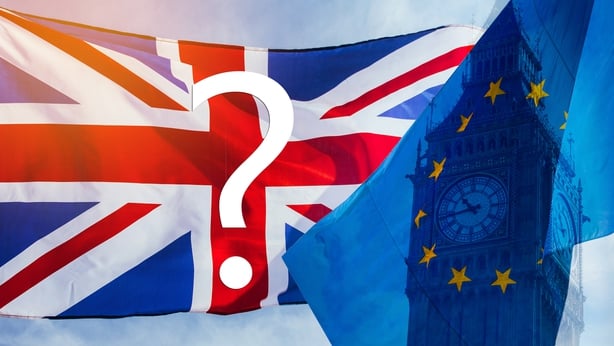 Meanwhile, a number of Cabinet ministers signalled that Tories could be prepared to compromise on Labour's key demand of a customs union arrangement with the EU - an idea loathed by Brexiteers.

Attorney General Geoffrey Cox said avoiding a customs union was not an "article of faith", while Chancellor Philip Hammond said Tories should be ready to look at it.

With time running out before Mrs May must inform European Council president Donald Tusk of the UK's proposal, Downing Street appeared to indicate that it may not be necessary for MPs to approve any consensus deal ahead of the summit.

The PM's official spokesman said the important thing was to provide the leaders of the other 27 EU states with "clarity" on the way forward, in order for them to feel able to offer a further extension to the Brexit process.

Mrs May will be expected to spell out the UK's plans in a letter to Mr Tusk in sufficient time for the other 27 leaders to consider them before they gather in Brussels on Wednesday evening.

The House of Lords is poised for an all-night sitting to steer through a backbench bill designed to stop the UK from crashing out of the EU next week, after it cleared the House of Commons in a single day yesterday.

But ministers warned that the legislation, tabled by Labour's Yvette Cooper and passed by the Commons with a majority of just one vote, could create the risk of an "accidental no-deal Brexit" because it gives MPs a vote on any extension obtained by Mrs May next week.

Mr Barclay told the Commons the measure could backfire if MPs reject the proposed delay, as there would be no time to renegotiate it before the deadline for departure on Friday.

He also said he could not rule out the possibility of the UK taking part in next month's elections for the European Parliament, despite the damage that could inflict on the British political system. 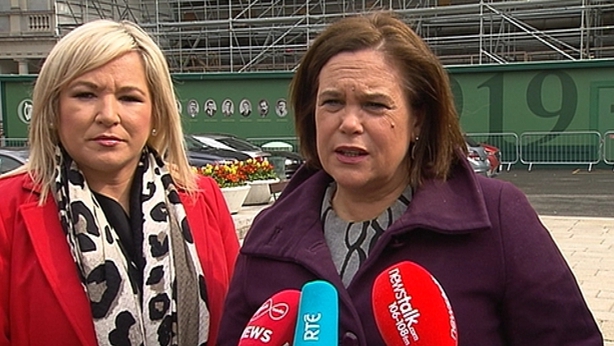 Meanwhile, Sinn Féin leader Mary Lou McDonald has told the British Prime Minister that she must deliver on promises she made to protect the Good Friday Agreement.

Speaking after a phone call with Mrs May today, Ms McDonald said she made it clear that any decisions taken on the UK's departure from the EU must protect citizen rights and avoid a hard border in Ireland.

Ms McDonald said: "It was quite a detailed conversation, where we set out for her the consequences of a crash Brexit".

She added that she believes Mrs May is dedicated to leaving the EU with a deal, but she is unsure how she will proceed as Westminster remains deadlocked.

Separately, the European Parliament approved a law allowing Britons visa-free visits even after a "no deal" Brexit, despite a furious dispute over the status of Gibraltar.

The law means British visitors making trips of fewer than 90 days to the Schengen passport-free zone will not need visas, even if Britain crashes out of the EU without a deal in place.