Britain’s foreign secretary Jeremy Hunt has said there is momentum behind a move to stop Brexit.

British Prime Minister Theresa May has been warned she faces another crushing House of Commons defeat for her Brexit deal unless she can secure an eleventh-hour change to the backstop.

However, Mr Hunt has said that unless politicians backed the government's exit deal on Tuesday then Brexit could be reversed.

"We have an opportunity now to leave on March 29 or shortly thereafter and it's important we grasp that opportunity because there is wind in the sails of people trying to stop Brexit," Mr Hunt told the BBC.

"If you want to stop Brexit you only need to do three things: kill this deal, get an extension, and then have a second referendum. Within three weeks those people could have two of those three things ... and quite possibly the third one could be on the way." 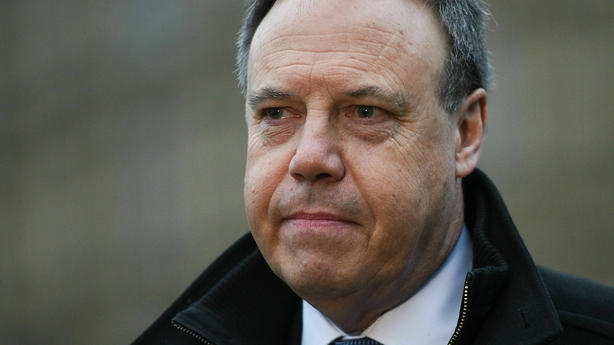 Steve Baker, the deputy chairman of the pro-Brexit Tory European Research Group, and DUP deputy leader Nigel Dodds have said that without concessions from Brussels, defeat in Tuesday’s vote is "inevitable".

The warning comes amid reports that cabinet ministers have told Mrs May the only way she will get her deal through parliament is if she agrees to stand down by June.

Discussions are continuing in Brussels between EU and UK officials with little sign of a breakthrough.

Mrs May had been pinning her hopes on securing legally binding changes to the backstop to convince MPs that the UK cannot be tied indefinitely to EU rules against its wishes.

An RAF plane is reported to be on standby to fly her to Brussels to clinch a deal if an agreement is in sight.

However with time running out, the chances of that happening appeared to be receding.

In a joint article for The Sunday Telegraph, Mr Baker and Mr Dodds described the situation as "grim" and warned that after January's 230-vote defeat in the first "meaningful vote", Mrs May appeared set for another heavy reverse.

"An unchanged Withdrawal Agreement will be defeated firmly by a sizeable proportion of Conservatives and the DUP if it is again presented to the Commons," they wrote.

"If with the DUP just half of previous Conservative opponents vote against the deal, a three-figure majority would be expected."

There had been speculation that if Mrs May could get the majority against the deal down to below 50, she could try to bring it back for a third "meaningful vote" - but another three-figure reverse would make that difficult.

Mrs May has said that if the vote is lost that she will give MPs the chance to vote against leaving the EU with no-deal and to request and extension of the Article 50 withdrawal process, delaying the UK's 29 March departure date.

Mr Baker and Mr Dodds warned that if that happened, it would cause "incalculable" damage to public trust in politics.

"For some, democracy would be effectively dead," they said.

Meanwhile, British Attorney General Geoffrey Cox has said he will not change his legal opinion on the backstop unless he is convinced there is no longer a risk the UK can be trapped in it indefinitely.

In his original legal advice, drawn up last November, Mr Cox said that under the terms of the backstop, the UK could be trapped in "protracted and repeated rounds of negotiations" for years ahead.

Since then, Mr Cox has taken a leading role in the Government's efforts to secure changes to the backstop, leading some Tory Brexiteers to warn he will be "marking his own homework" when he comes to give his legal opinion on them.

However he told The Mail on Sunday: "I will not change my opinion unless I'm sure there is no legal risk of us being indefinitely detained in the backstop.

"I am putting my hand on my heart. I will not change my opinion unless we have a text that shows the risk has been eliminated. I would not put my name to anything less."

DUP MP Jeffrey Donaldson has said everyone wants to avoid a no-deal scenario, which is why he hopes Michel Barnier and his colleagues go the extra mile to meet the concerns of the British parliament.

Speaking on RTÉ’s The Week in Politics he said the House of Commons will again say no to the Withdrawal Agreement next Tuesday if there are not changes to the backstop.