The former chief constable of the Police Service of Northern Ireland has warned that the return of a hard border in the North risks a resumption of violence in the area.

Speaking on RTÉ's This Week programme, Hugh Orde said recreating a hard border between Northern Ireland and the Republic would have "huge consequences in terms of security" and police and customs officers "would become a target".

Mr Orde said he could see no way to avoid a hard border if Britain exits the EU without a deal.

"There is no way that I can see to have a soft border unless you have equality in terms of customs and freedom of movement."

He said it would not be possible to put cameras or technology on the border without police, or some other form of security to protect them.

"There's nowhere to my knowledge in the world where a purely technological solution to the issue of a border has been achieved. You can do a certain amount with technology but you still need an element of policing to deal with determined criminals and people who take advantage of a privileged status.

"There would have to be some form of customs presence and of course there are huge consequences to that in the context of Northern Ireland and the Republic." 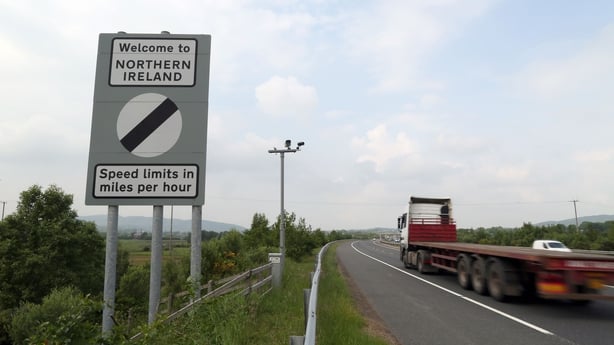 He said a physical barrier would be unavoidable if there was to be a hard Brexit.

"In my judgement you would have to see some form of physical barrier like exists in many parts of the world where international barriers are a routine part of everyday policing and security.

"History tells us that [borders] are by definition targets. As soon as you have a fixed point. To recreate a hard border between Northern Ireland and the Republic would have huge consequences in terms of security, and by definition it should be foreseeable that those people would be at risk, they would be a target, or would become a target," said Mr Orde.

Asked if dissidents would view a hard border as an opportunity for them to mount further attacks, he said: "At the moment you see anything that starts to create the perception of a hard distinction between North and South, it creates a catalyst that allows people to exploit that position and certainly dissident republicans would be in that category.

"Worryingly we saw a car bomb only last week in Derry and that is a statement that things are going to get more difficult, not less. A hard border, if I was the chief of Northern Ireland's police force, would worry me greatly," he said.

Asked about the return of soldiers to the border, Mr Orde said the reintroduction of troops should only be used "as a last resort" and only if the civilian law enforcement agencies did not feel they were capable of securing those positions safely for the people working there.

Mr Orde said politicians had not paid enough attention to the potential for a return to violence if there is a hard border.

He said: "People seem to have their head stuck in the mud hoping it will all go away and certainly it won't and it hasn't."