British Prime Minister Theresa May has been warned she is on course for a "historic constitutional row" unless the British government releases its full legal advice on the Brexit deal.

Labour has said it is ready to combine with other opposition parties to start proceedings for contempt of Parliament unless the legal opinion of Attorney General Geoffrey Cox is published in full.

The DUP - which props up the Conservative government in the Commons - was said to be ready to sign a joint letter with other parties to Speaker John Bercow tomorrow unless ministers back down.

It potentially represents another hurdle for Mrs May to overcome as she struggles to win backing for her deal in the crucial commons vote on 11 December.

MPs across Parliament have angrily accused ministers of ignoring the will of the House after they said only that they would release a "full reasoned political statement" on the legal position.

It follows a binding Commons vote last month requiring the UK government to lay before Parliament "any legal advice in full" - including that given by the Attorney General - relating to the Withdrawal Agreement.

Ministers chose not to oppose the motion - tabled by Labour under an arcane procedure known as the humble address - as they feared a damaging Commons defeat.

The latest row erupted as it was reported Mr Cox - who is due to make a statement to the Commons tomorrow - had warned the UK could be tied to the EU customs union "indefinitely" through the Northern Ireland "backstop".

The Sunday Times said in a letter sent last month to Cabinet ministers, he advised the only way out of the backstop - designed to prevent the return of a hard border with the Republic - once it was invoked was to sign a new trade deal, a process which could take years.

"The protocol would endure indefinitely," he is reported to have written.

The letter was said to be so sensitive that ministers were given numbered copies to read which they were not allowed to take from the room afterwards.

"The backstop will last indefinitely until it is superseded by the treaty setting out our future relationship, unless the EU allows us to exit," he told The Sunday Times.

"The EU has a clear veto, even if the future negotiations stretch on for many years, or even if they break down and there is no realistic likelihood of us reaching agreement.

"That's my view as a former international lawyer, but it is consistent if not identical with all of the formal advice I received."

Ministers have argued the legal advice is privileged, in the same way as any advice given by a lawyer to their client, and that government cannot function if it is required to release such confidential material.

However, writing in The Sunday Telegraph, shadow Brexit secretary Keir Starmer said it was essential MPs understood the "full legal implications" before they voted on the agreement. 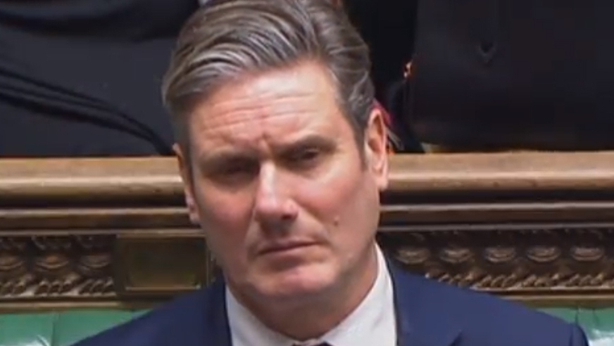 "If the full legal advice is not forthcoming, we will have no alternative but to start proceedings for contempt of Parliament - and we will work with all parties to take this forward," he said.

"If ministers stubbornly refuse to obey the order of MPs then they risk triggering a historic constitutional row that puts Parliament in direct conflict with the executive.

Under Commons rules, if the Speaker allows the motion to go before the House and the vote is carried, it would then be referred to the Committee of Privileges which would rule on whether a contempt of parliament had taken place.

If it is decided that a contempt had occurred, the committee can recommend a suitable punishment which is then put back to MPs to agree.

In theory, the most severe penalty is expulsion from the House, although the prospects of that happening would appear remote.

However any finding against the government would be potentially highly damaging for Mrs May at a time when she is at her most vulnerable politically.

Fianna Fáil’s justice spokesperson Jim O'Callaghan has said the Government needs to state that it will recruit further gardaí as a contingency plan in case of a hard Brexit.

He said the number of gardaí in border areas has been reduced in recent years.

Speaking on RTÉ’s The Week in Politics, he pointed out there are 169 border crossing in the Cavan-Monaghan Garda division.

He said that if there is a no deal there is a concern there will be an increase in criminal activity and a hard border with customs checks.

Minister for Justice Charlie Flanagan responded, saying he has every confidence in Garda Commissioner Drew Harris to deal with matter of contingency on the border.

He said thousands of gardaí have been recruited in recent years and there is a budget for another 800 next year.

Mr Flanagan said matters are always under review and they are ready to ensure border policing will wipe out crime.