Northern Ireland businesses that trade over land with the Republic have been told to contact the Irish Government about preparations they may need to make in case of a no-deal Brexit.

Official papers from the UK government state: "The Irish Government have indicated they would need to discuss arrangements in the event of a no deal with the European Commission and EU member states.

"We would recommend that, if you trade across the land border, you should consider whether you will need advice from the Irish government about preparations you need to make."

One of the main outstanding issues is the border between the Republic of Ireland and the UK, which the notes failed to address, simply repeatedly saying the government would "take full account of the unique circumstances of Northern Ireland" in its no-deal planning.

The papers show that British companies trading with the European Union will face a tangle of red tape and possible delays at the border if the government fails to negotiate an exit deal before the UK leaves the bloc, official papers showed.

UK Brexit Secretary Dominic Raab said he remained confident the two sides would reach a deal, but set out in the notes what could change without one, including more paperwork for trade and more costly credit card payments when ordering EU products.

There is little more than seven months to go until the UK leaves the EU on 29 March 2019.

British Prime Minister Theresa May's plan for a "business-friendly" deal has failed to impress negotiators in Brussels and has been heavily criticised in the UK.

"We have a duty, as a responsible government, to plan for every eventuality," Mr Raab said.

"To do this, we need to have a sensible, responsible and realistic conversation about what a no deal situation really means in practice."

The government's guidelines make it clear that companies trading with Europe would face new customs and excise rules and require paperwork covering customs and safety declarations in the event of no deal.

If Britain left the EU in March 2019 without a deal "the free circulation of goods between the UK and EU would cease," the guidance said.

As a result, the government is working with industry to stockpile medicines for six weeks above normal operational supplies.

This is one of the most vulnerable areas of trade due to the uncertainty about how drug oversight will function if Britain leaves the pan-European medicines regulatory system abruptly.

"These papers show that those who claim crashing out of the EU on World Trade Organisation rules is acceptable live in a world of fantasy, where facts are not allowed to challenge ideology," business lobby group the CBI said.

Although import Value Added Tax on goods will not have to be paid upfront under a new "postponed accounting" rule, UK recipients of expensive parcels from EU businesses will have to pay tax in line with current rules for non-EU countries.

Mr Raab said the vast majority of consumers would not immediately be affected, but the government paper on banking said Britons will have to pay more to make card payments in the EU and businesses on the continent could be cut off from investment banks in London if there is a no-deal Brexit.

More than a million Britons living abroad may not be able to access their UK bank accounts to receive pensions and salaries, the document said.

Responding to the papers, Tánaiste and Minister for Foreign Affairs Simon Coveney said: "Today's announcement is a matter for the UK government." 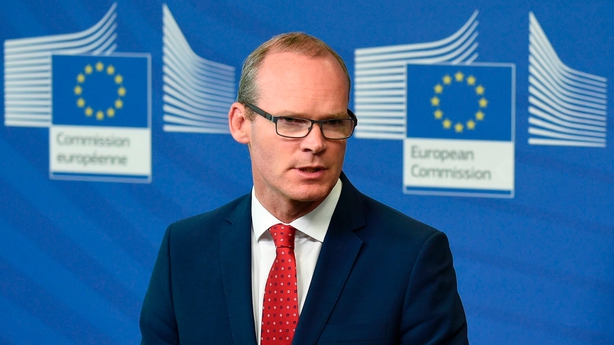 In a statement, he said: "The cabinet here in July made a number of decisions putting our contingency planning into an implementation stage including the hiring of 1,000 customs and agricultural inspectors for east/west trade.

"It should never be forgotten that Ireland will continue to enjoy the benefits of our EU membership after Brexit.

"Everyone's focus though should be on getting a deal on a sensible Brexit which must include the Irish backstop agreed last December."

Plans to release the technical notes were first announced in July, bringing accusations that the government was scaremongering to quell growing calls from pro-Brexit campaigners in Mrs May's Conservative Party to walk away from negotiations.

That was followed by a backlash from political opponents who said it depicted a government in chaos.

The furore underlines the fragility of Mrs May's position, heading into the final phase of negotiations without unity in her party, a clear consensus in parliament on what type of exit Britain should seek and persistent disagreements with Brussels.

In total around 80 technical notices are expected over the coming weeks. They will be closely scrutinised by industry to see how well prepared Britain is for an outcome many employers have warned will be hugely disruptive.

The government has maintained throughout the negotiation process that it is preparing for all possible outcomes.

Tackling some of the media reports that had preceded the release of the papers, Mr Raab sought to reassure Britons that the army would not be called in to distribute food and said Britain will still have BLT sandwiches after Brexit.

"Let me assure you that, contrary to one of the wilder claims, you will still be able to enjoy a BLT after Brexit, and there are no plans to deploy the army to maintain food supplies". 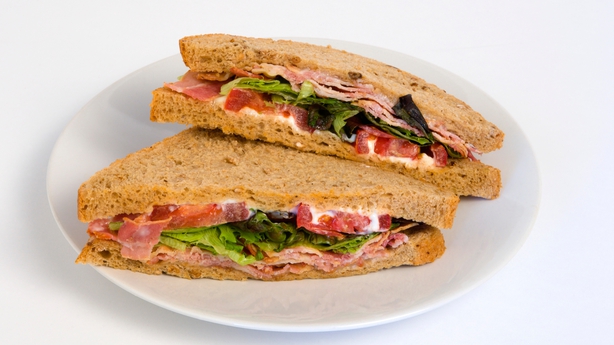 Several ministers have warned that the risk of leaving without an agreement has increased. Earlier this month trade minister Liam Fox put the chances at 60-40.

Many economists say failure to agree exit terms would seriously damage the world's fifth-largest economy as trade with the EU, Britain's largest market, would become subject to tariffs.

Supporters of Brexit say there may be some short-term pain for the economy but that long-term it will prosper when cut free from the EU.

The opposition Labour Party's Brexit spokesman Keir Starmer said the talks with the EU were "going badly" and the publication of the documents on how to prepare for a no deal is a sign the government is "moving into panic mode".