With his shambling gait, unruly mop of blond hair and unrivalled capacity for a striking turn of phrase, Boris Johnson has for years for been one of the most distinctive figures on the Westminster political scene.

For his supporters, he is a rare politician of genuine charisma with a true popular touch in a world largely populated by the grey and the colourless.

For critics, he is a man of limitless ambition who would sell his principles to further his ultimate goal of reaching 10 Downing Street.

His intervention in the 2016 EU referendum campaign was crucial and typically controversial.

When, after weeks of prevarication, he finally came out for Leave, it galvanised the Brexiteers, giving them the figurehead they longed for.

It also emerged he had written two versions of his weekly column for The Daily Telegraph, one arguing for Remain and the other for Leave, prompting critics to claim his decision was driven by personal calculation.

During the ensuing campaign, he toured the country in a battle bus emblazoned with the slogan We Send The EU £350 million A Week Let's Fund The NHS Instead, a claim denounced as a "lie" by Remainers. 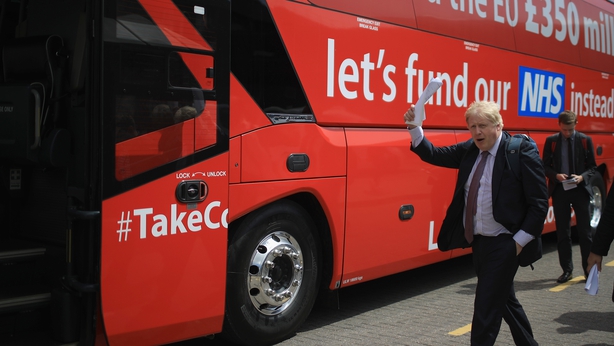 When the final vote came and it became clear that, against the odds, that Leave had won, Mr Johnson appeared stunned, almost chastened, by what had happened.

However, the speed of events meant that there was little time for reflection.

The resignation of his old sparring partner David Cameron meant there was a Tory leadership contest, potentially opening up the way to No 10.

Instead he saw the prize dashed from his hand by the intervention of his partner in Vote Leave, Michael Gove, who knifed his erstwhile ally, claiming he was not up to the task of leading the country while launching his own leadership bid.

But in another twist, Mr Johnson was propelled back centre stage when the ultimate victor Theresa May picked him to be her foreign secretary, while Mr Gove found himself out in the cold. 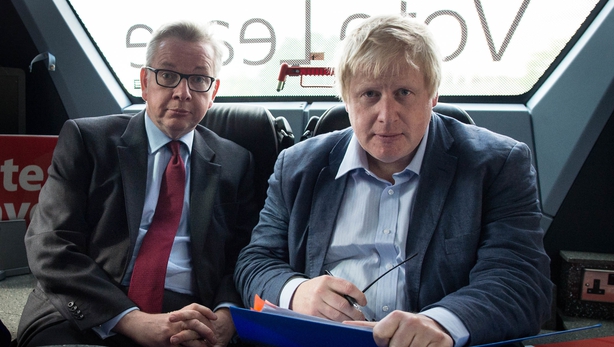 Much of the rest of the world was stunned, at his first press conference alongside then US secretary of state John Kerry, Mr Johnson was twice called a liar to his face by American journalists.

Others, however, saw it as a canny move by a prime minister who supported Remain in the referendum and needed to bind the Brexiteers to her.

It was however inevitably always going to be a bumpy ride, with Mr Johnson increasingly showing his frustration with the progress of the Brexit negotiations amid public clashes with Remainers, such as Chancellor Philip Hammond.

The final straw came with the Chequers summit and the subsequent resignation of David Davis as Brexit secretary.

For a man who had repeatedly been reported to be on the verge of resignation himself, it appears that he may have concluded that he would lose all credibility with the Brexiteers if he failed to walk as well.

In the past, Mr Johnson used to make light of his ambitions, suggesting his chances of becoming prime minister were "about as good as the chances of finding Elvis on Mars, or my being reincarnated as an olive".

The coming days and weeks may well prove the ultimate test of that assessment.

The controversial Conservative MP is also well known for some colourful moments and gaffes. 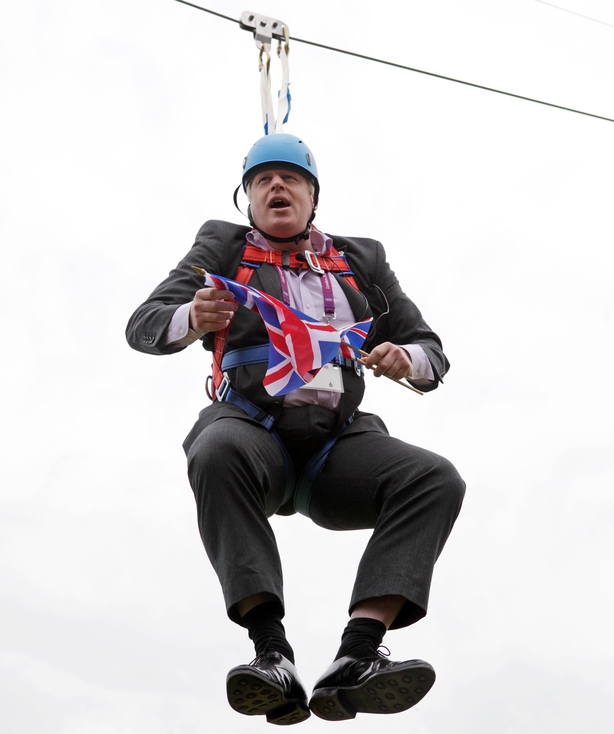 Strung from a zip wire high above London while clutching two British flags, a harness tightly gripping his suit, is how many will remember Mr Johnson.

He was London mayor during the 2012 Olympics when he became stuck above a chuckling crowd.

"I think they needed to test this on somebody going a bit faster," he told onlookers. 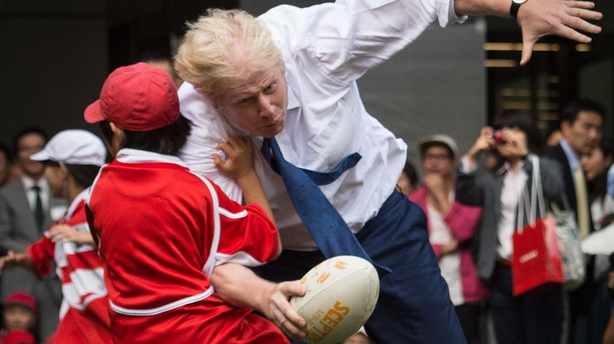 Born Alexander Boris de Pfeffel Johnson, he is also known for his displays of questionable sportsmanship.

During a game of street rugby in Tokyo in 2015, he was filmed wiping out a ten-year-old Japanese schoolboy with a far too enthusiastic tackle.

The politician had not learned his lesson, having previously tripped a schoolboy during a kickabout in London while mayor and having performed some sort of rugby tackle aimed at an opponent's crotch during a charity football match in 2006. 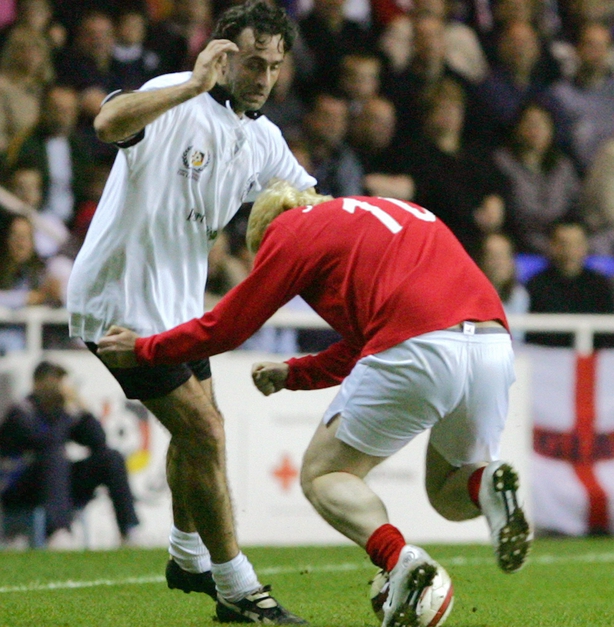 The leadership bid that never was

After the pro-Brexit politician was the star of the successful Leave campaign, it was expected he would make a bid at becoming prime minister when a humiliated David Cameron stood down.

But, after much speculation, Mr Johnson announced he would not enter the Conservative leadership race when his ally Michael Gove announced he was running. 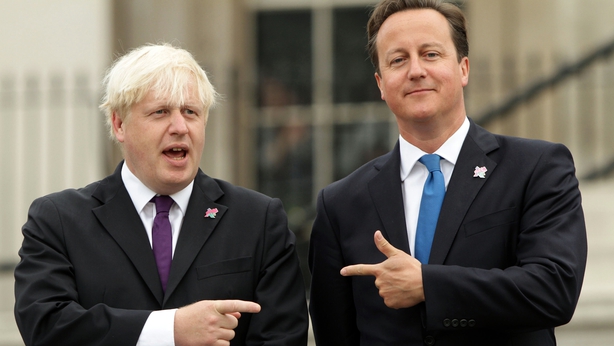 During that campaign he travelled around the country in a Vote Leave bus controversially emblazoned with the claim that exiting the EU would bring £350 million a week back to Britain to spend on the NHS. This was widely disputed.

Foreign insults of a foreign secretary in the making

Before taking charge at the Foreign Office, Mr Johnson had been repeatedly criticised for using racially charged or offensive language, including:

Describing the Queen being greeted in Commonwealth countries by "flag-waving piccaninnies", a derogatory term for black children, and then-prime minister Tony Blair being met by "tribal warriors" with "watermelon smiles" while on a trip to the Congo.

Criticising Barack Obama in 2016 as a "part-Kenyan" with an "ancestral dislike" of Britain when the then-US president came out in support of Remain.

Creating a political storm when he compared EU efforts to create a superstate to Hitler's attempt to rule the continent, saying: "Napoleon, Hitler, various people tried this out, and it ends tragically."

After being the surprise pick as foreign secretary, Mr Johnson's gaffes did not cease.

They included a diplomatic blunder when he wrongly claimed a British woman, Nazanin Zaghari-Ratcliffe, was "training journalists" in Iran, where she had been jailed.